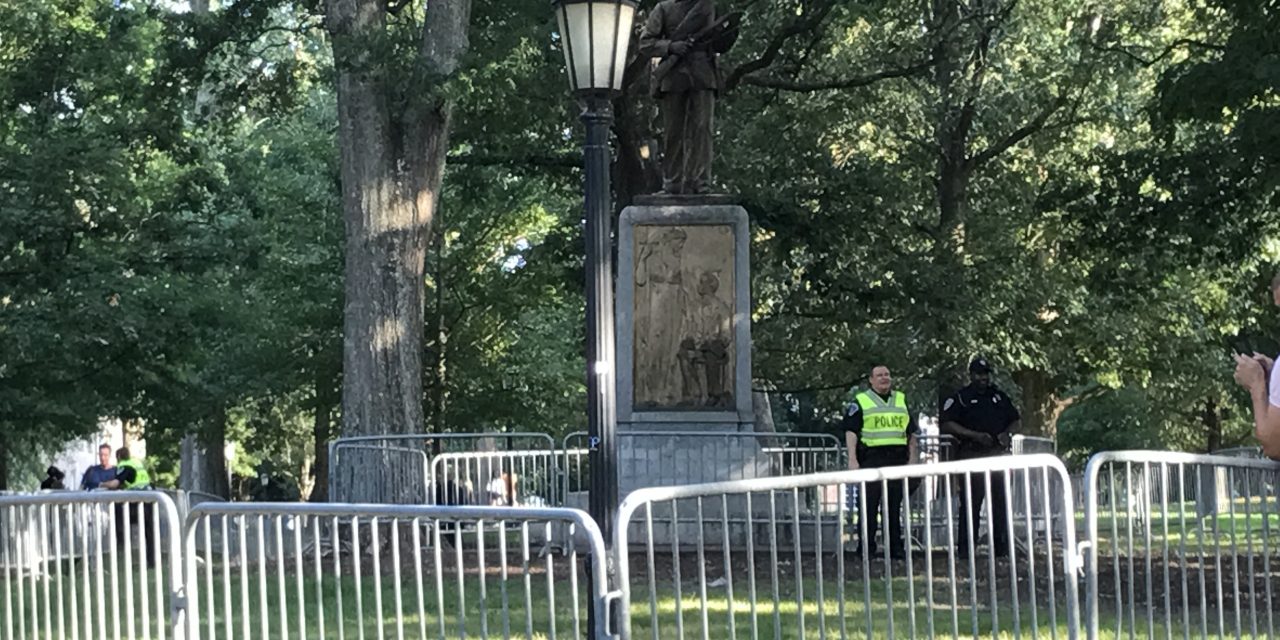 Amid the protest against Silent Sam last Tuesday night, Chancellor Emeritus James Moeser was watching on as the crowd chanted to tear down the monument to the Confederacy.

“I used to be of the mind that we should contextualize history,” Moeser told WCHL in an interview at the rally. “We need to put a plaque around Silent Sam to give the true story of its history, but Charlottesville changed my mind.”

Moeser was referring to the white supremacist rally in Charlottesville, Virginia, earlier this month where a counter protester was killed. That rally sparked national debate and action in some cities to remove Confederate monuments from public spaces.

“Once statues like this become weaponized by the white supremacist and the Nazis, keeping it up is untenable,” Moeser said. “I think it has to go. And I think it will go.”

The calls to remove Silent Sam have been continuing as some students have maintained a post at the base of the memorial to keep pressure on the UNC administration. Meanwhile, Chancellor Carol Folt has maintained the university does not have legal unilateral authority to order the statue be removed. A law passed in 2015 by the Republican-led legislature leaves the ultimate authority to authorize the moving of a memorial with the General Assembly.

Chapel Hill Mayor Pam Hemminger wrote Folt after the Charlottesville rally asking that the statue be moved under a provision of the law that calls for taking “appropriate measures” to protect the monument. Governor Roy Cooper has also said the university has the authority to move the monument if it is posing a public safety risk. But who ultimately makes that determination seems to be causing the university to hesitate.

“Honest people disagree about what the law allows,” Moeser said.

Folt wrote in a letter to the campus community that “if we had the ability to immediately move the statue in the interest of public safety, we would.”

Moeser said he felt Silent Sam would ultimately be moved.

“I think the university will find a legal way to move it – not to destroy it,” Moeser said, “but to move it to some less public spot.”

Moving Silent Sam, however, will not be the end of the conversation, according to Moeser.

Moeser was chancellor at UNC from 2000-2008. He now holds a position in the Department of Music in Chapel Hill.