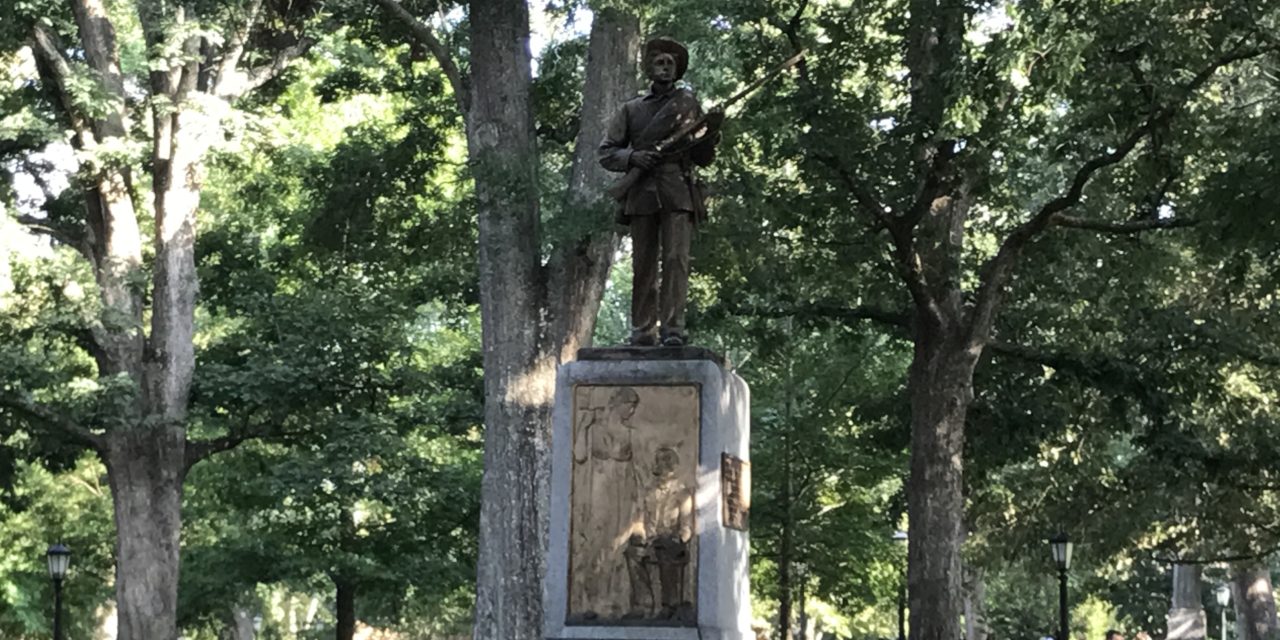 The three former chairs of the UNC Board of Trustees who are still currently serving on the board have joined the current chair in supporting Chancellor Carol Folt’s position on the Confederate monument on the campus known as Silent Sam.

The chairs issued a statement through the university on Friday afternoon saying they felt it was necessary “because we are surprised and disappointed at the misinterpretations and false narratives regarding the University’s legal options on this situation.”

The letter has been signed by current board chair Haywood Cochrane along with former chairs Dwight Stone, Lowry Caudill and Richard Stevens – all of whom are currently on the board. It says the members “express our support for the ways the chancellor and the University have been handling this complex matter.”

Folt has maintained that she does not believe the university has unilateral legal authority to remove Silent Sam, but others have disagreed.

A 2015 law passed by the Republican-led General Assembly and signed into law by then-Governor Republican Pat McCrory prevents subsidiaries of the state from moving monuments like Silent Sam without the approval of the legislature. Chapel Hill Mayor Pam Hemminger wrote to Folt earlier this month asking that she begin the appeal process to remove the statue under a provision of the law saying memorials can be moved to protect the monument. Democratic Governor Roy Cooper also issued a statement saying the university had the authority to move Silent Sam if it was presenting a public safety threat.

Some have interpreted Copper’s signing off as the final approval needed, but university officials maintain that it is not a clear-cut scenario. Folt has said that if she felt the university had the authority to do so, then she would order its removal.

Silent Sam has been a lightning rod for protests in recent years, which have intensified after a white supremacist rally in Charlottesville, Virginia, earlier this month where a counter protester was killed. That rally was put together to protest the Charlottesville City Council’s decision to move Confederate monuments.

A large rally was held in Chapel Hill Tuesday night calling for Silent Sam’s removal. Students have continued their protest throughout the week by sitting at the foot of the statue and hanging signs and banners around the base.

The letter released on Friday says that the Office of University Counsel and UNC General Administration have advised the chancellor that UNC “does not have the legal authority to move the monument, and the Board agrees with that interpretation of the law.”

The letter continues: “It would be unwise and imprudent for the University to take any action regarding the monument without additional legal clarity, and we would expect no less from our chancellor.”

Any legal options being considered, the letter says, “will be guided by discussions with the [UNC System] Board of Governors.”

The board credits Folt for her “fearless and decisive leadership, her unwavering commitment to the safety of our campus community and the long tradition of open and respectful debate on our campus.”

Students that were at the monument earlier in the week said they were upset the chancellor was not moving to bring down Silent Sam.