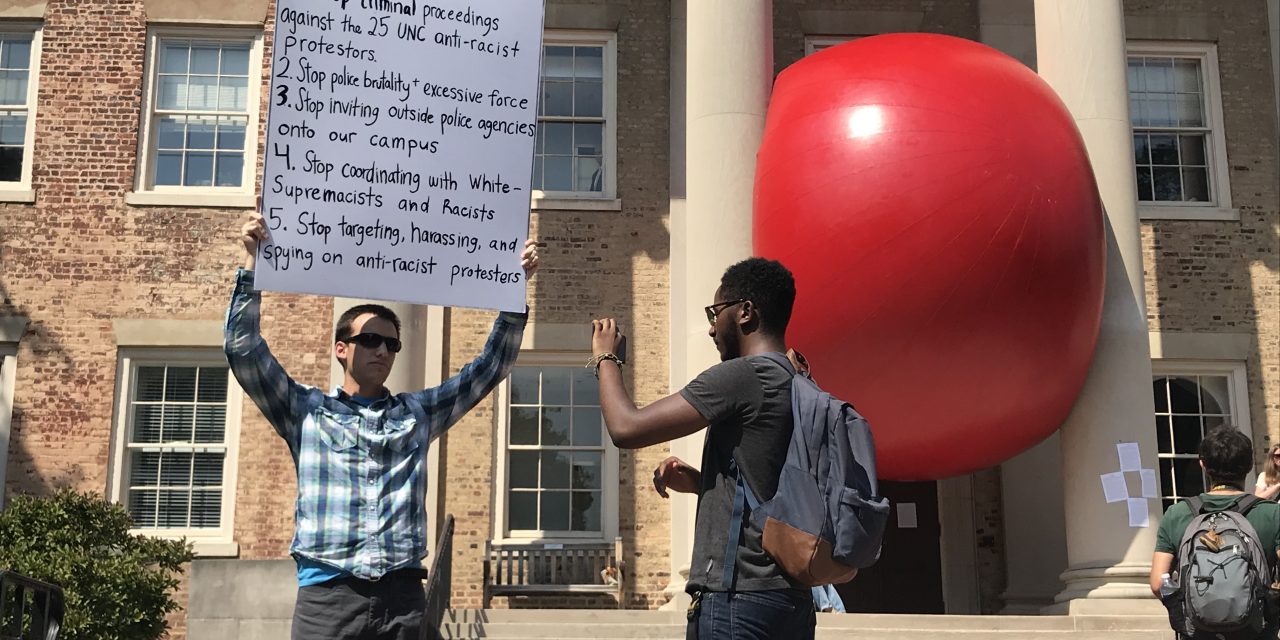 Some of those Silent Sam opponents from these rallies gathered outside South Building, UNC’s main administrative offices, on Thursday afternoon to protest what they called police brutality during these most recent events. 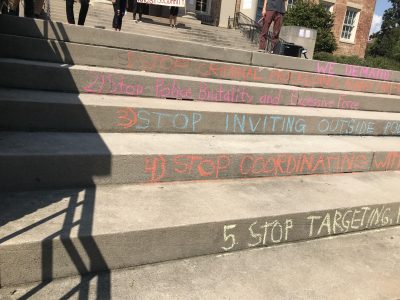 UNC Police have received increasing criticism over the rallies for what has been seen by Silent Sam opponents as increasing use of force by law enforcement.

“For the act of standing with nowhere to go, I was targeted by an officer who ran toward me and threw me into one of the tables, knocking it over along with all of its contents,” said UNC graduate student Michael Conroy on Thursday. He was describing the scene at the last of the recent rallies when arrests were made. Anti-Silent Sam activists had organized a “Nazis Suck Potluck and food drive,” which ran during a planned event by Silent Sam supporters.

Conroy was one of roughly 75 protesters attending Thursday’s event. A series of speakers addressed the crowd, chronologically walking through the different rallies over the last few weeks.

The protesters addressed a list of demands to UNC Chancellor Carol Folt. 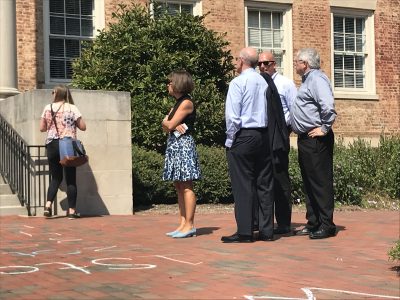 The group then attempted to deliver the demands to Folt, who was outside near the protesters before the rally started but went into her office in South Building during the event. When protesters tried to enter the building, the door was locked. That prompted chants to “open the door.” No UNC officials came to unlock the door while protesters were outside.

The Defend UNC group that organized Thursday’s event sent a message to the media several hours after the rally claiming that Folt “would not see the activists and has not acknowledged these demands at the time of writing.”

A UNC spokesperson said earlier in the day that Folt had received a copy of the demands and that South Building was locked “for safety reasons.”

UNC Police Chief Jeff McCracken was seen watching from the windows of South Building on Thursday as the protesters alleged police brutality against his department.

Folt and the UNC Board of Trustees have been directed by the UNC System Board of Governors to develop a plan regarding the future of the Confederate Monument. That deadline for that plan to be presented to the governors is mid-November. 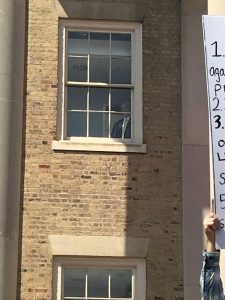