McCrory to Serve as Fellow at UNC Institute of Politics 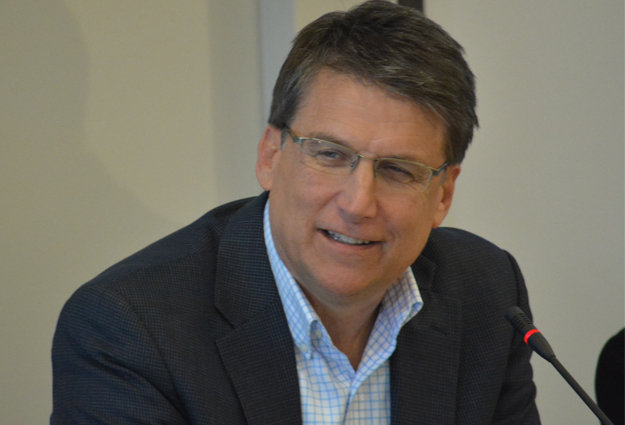 Former North Carolina Governor Pat McCrory will serve as a fellow with the UNC – Chapel Hill Institute of Politics for the Spring 2019 semester.

The institute made the announcement Wednesday morning. Longtime Democratic congressman Mike McIntyre will join the former Republican governor as fellows. The two will each lead a series of not-for-credit seminars beginning in early February and will hold weekly office hours, according to a release.

“I really want to reach out to students who might be interested in public service in the future, while giving them the clear knowledge of some of the forces they are about to interact with,” McCrory said in the university’s release.

McCrory lost his re-election bid to current Democratic governor Roy Cooper in a tight race in 2016.

After leaving office, McCrory told Spectrum News’ Capital Tonight program that he was interested in teaching but hadn’t been invited to Harvard or Duke University’s Sanford School of Public Policy.

He added that he felt students and professors objected to him being at Duke.

At UNC’s Institute of Politics, McCrory’s lecture series will be titled “Hard Lessons of Leadership: An Insider’s Look That You Won’t Read In A Textbook.”

The institute said the series “will focus on a number of key experiences from his time in office as he leads students in weekly sessions.”

McIntyre, meanwhile, will teach “Answering the Call Through Public Service and Community Leadership.”