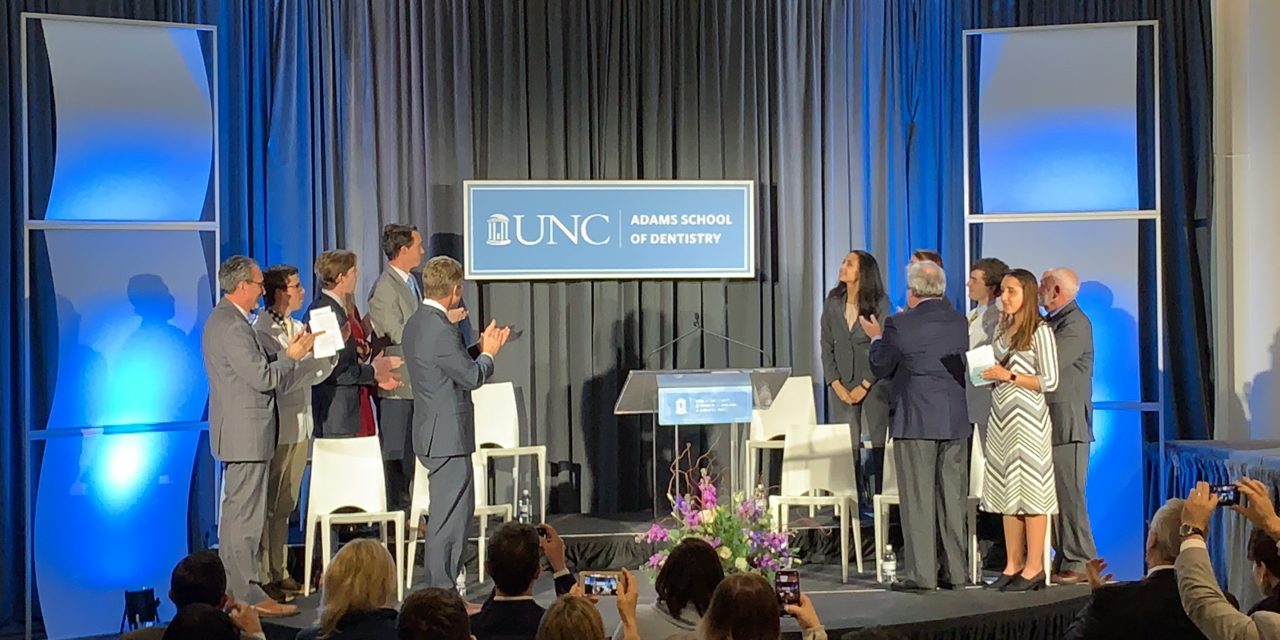 The UNC school of Dentistry received the largest one-time gift in its history this week.

Almost $28 million from the estate of Dr. Claude A. Adams III will go to scholarships for qualifying students and add to existing scholarship funds. The money will also go to student service-learning programs at UNC in order to fund students who work at community partner sites in 35 North Carolina counties.

“This transformative gift will change the future of dentistry at Carolina and across the state,” UNC interim chancellor Kevin Guskiewicz said at the gift’s announcement.

The school will now be known as the UNC Claude A. Adams Jr. and Grace Phillips Adams School of Dentistry, after Dr. Adam’s parents.

Dr. Adams III practiced dentistry in Durham for more than two decades. He has gifted previously to the dentistry school, establishing the Dr. Claude A. Adams Jr. and Ms. Grace P. Adams Scholarship, awarded to four students each year.

Pegah Kamrani, a second-year dental student and 2021 doctoral candidate at the dental school, currently holds this scholarship. At she the gift’s announcement, she said her many run-ins with dental surgery as a child were scary but also led to her interest in dental care.

“I can’t say I enjoyed wearing head gear as a child, or years later having jaw surgery right before college, but through every step, from then until now, I was eager to understand my treatment. That curiosity has never changed,” she said.

For Kamrani, her curiosity extended to the benefactor of her scholarship. She said she discovered that Dr. Adams was a private man, who valued service to others.

In fact, Dr. Adams initially did not want his name associated with his contributions to the School of Dentistry, and when Dr. Ronald Strauss, executive vice provost at UNC, was first approached about this gift, its benefactor’s name was kept secret until his passing in 2018. After meeting Dr. Adams, he was charmed by the man, and his desire to leave a legacy for his parents by contributing to dentistry healthcare that was working in under-served communities.