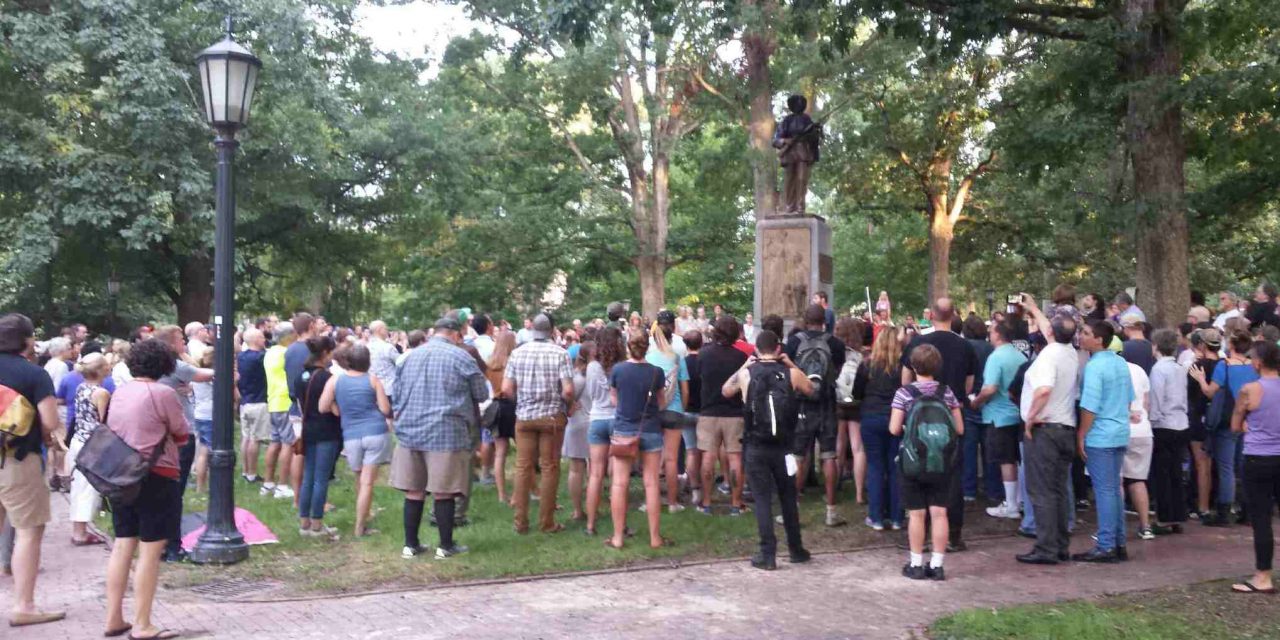 The UNC System announced Wednesday November 27 it was settling a lawsuit the Sons of Confederate Veterans had filed against it. But according to court documents, the settlement of a $2.5 million trust fund and possession of the Confederate monument known as Silent Sam was determined before the lawsuit was even filed.

The Sons of Confederate Veterans then filed a lawsuit on November 27, which was immediately met with the settlement answer, which they accepted.

The Board of Governors’ university governance committee met in closed session Wednesday before the announcement was made. The UNC System said the meeting was behind closed door to discuss a legal matter.

Commander of the state’s Sons of Confederate Veterans division Kevin Stone sent a letter to his organization explaining the results of the settlement on Tuesday. The letter, given to Durham attorney Greg Doucette by a member or the organization, said the Board of Governors approached the group about negotiating a resolution to the statue’s future, despite the SCV believing it would not make any successful legal action if suing the BOG.

“While [the governors] were not at all worried about losing [any potential lawsuit],” wrote Stone, “the prospect of another media circus on campus really had them worried, especially given that they have a hostile faculty at UNC and a very nervous donor pool that shies away from any controversy.”

Stone, who referred to the settlement as a “major strategic victory,” said negotiations between the SCV and the university system were done confidentially to prevent a reaction from both sides for and against the monument. He said any news leaking out to the media or UNC community would cause unrest and “would have torpedoed the whole thing.”

“This is a special case where the University chose to work uniquely with the SCV,” Stone said, “and create a carved out exception to the Monument Protection Act that would give us what we want while at the same time preventing any further damage to the law that has yet to be enforced by the state.”

In the letter, Stone says the $2.5 million trust fund will go towards building a display for the Confederate statue, a division headquarters for the Sons of Confederate Veterans and “the financial support for our continued and very strong actions in the future.”

The UNC System Board of Governors next meeting is December 13 at the system’s office in Chapel Hill.