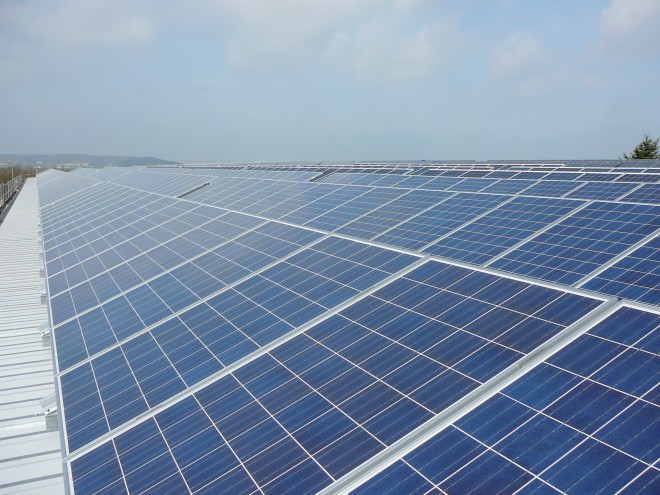 The Environment North Carolina Research and Policy Center released its state assessment of renewable energy technologies earlier this week. The ‘Renewables on the Rise’ report, which studies the growth of these technologies over the last ten years, updates how North Carolina compares to other states in clean energy infrastructure and capacity.

According to the report, North Carolina ranks third for solar energy growth and second in the nation for installed solar capacity. This is largely thanks to economic policies encouraging investment into solar infrastructure in the state’s rural communities, which have helped the state consistently rank top ten in the nation over the last decade.

Director of Environment North Carolina Drew Ball says this overall growth is promising for the state’s clean energy future, as well as the rest of the county’s.

“We’ve seen an 87,670 percent increase over the last decade in the amount of electricity we get from the sun,” says Ball. “Considering that ten years ago, wind and solar produced about one percent of our electricity nationally, these numbers are pretty amazing. If they continue to increase at just a third of the rate they’ve grown nationally, wind and solar will provide enough power to meet America’s electricity needs by 2035.”

Another key element of the ‘Renewables on the Rise’ report is the state’s wind energy statistics. North Carolina is currently under a moratorium passed by the general assembly suspending any new wind energy projects from being permitted. The assembly says this 18-month period allows them to study if the state’s existing wind energy stations interfere with any regional military operations.

Adam Forrer, who oversees North Carolina for the Southeastern Wind Coalition, says the report proves wind energy’s potential in the state as the moratorium approaches its expiration on December 31, 2018. Despite ranking 30th overall in wind energy growth, Forrer points to North Carolina’s offshore wind and the economic success of the Amazon Wind Farm near Elizabeth City as indicators of capacity.

“This report does a great job of highlighting the wind aspect of the clean energy conversation,” says Forrer. “We certainly think that wind energy is going to provide a productive and active role in our state’s clean energy future. It can help provide a clean source of energy as well as the opportunity for the state to grow the economy in local communities across North Carolina.”