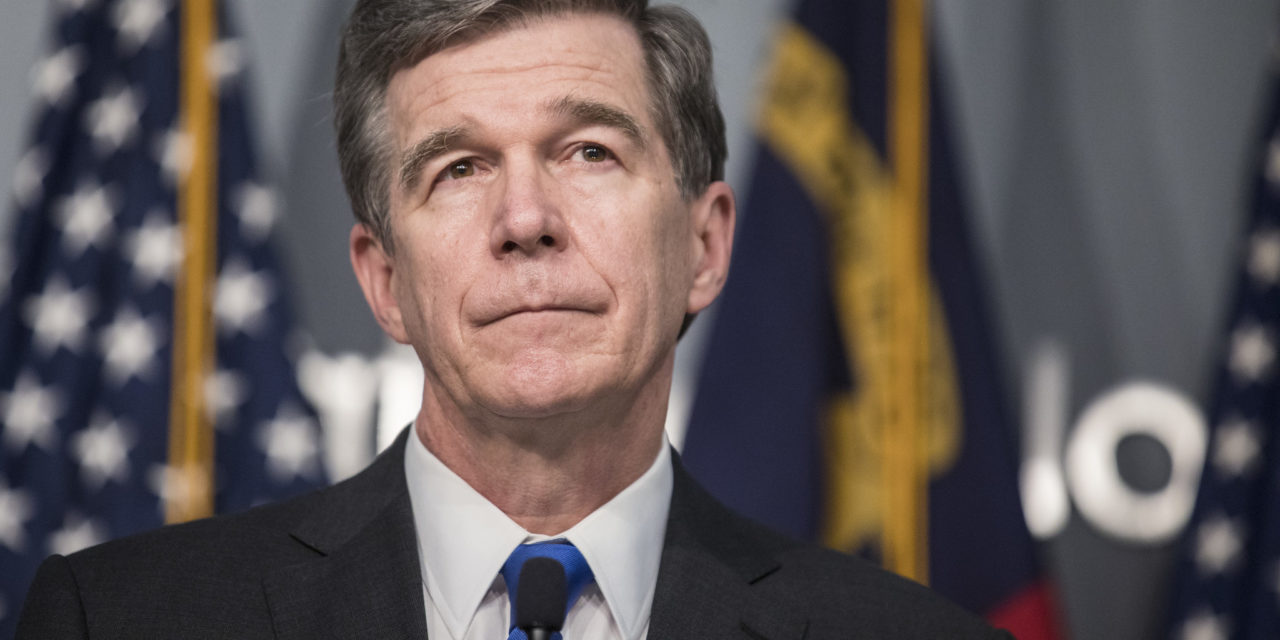 North Carolina Democratic Gov. Roy Cooper vetoed a bill Monday that would do away with the permit someone must obtain from a county sheriff before buying a pistol, turning back a key agenda item of conservative gun-rights supporters.

Cooper’s veto was expected, and an override will be difficult for Republicans who control the General Assembly, since they lack veto-proof majorities in the House and Senate. Only two Democrats — both in the House — voted for doing away with the pistol purchase permitting system, which goes back more than 100 years.

Cooper supports more gun-sale restrictions, not less, and his office expressed his opposition to the bill the day after the final legislative vote this month.

“Gun permit laws reduce gun homicides and suicides and reduce the availability of guns for criminal activity,” Cooper said in a news release Monday. “At a time of rising gun violence, we cannot afford to repeal a system that works to save lives. The legislature should focus on combating gun violence instead of making it easier for guns to end up in the wrong hands.”

Bill supporters said the current process, in which a sheriff performs state and national background checks, evaluates an applicant’s character and ensures the gun will be used lawfully, has become duplicative with the comprehensive national checks that licensed gun dealers must conduct. The North Carolina Sheriffs’ Association backed the repeal this year after opposing it previously.

The national background check is not required in private gun sales, for which a purchaser has been required to get a sheriff’s-issued permit under the law or face a misdemeanor. Gun-control advocates said that would create a loophole that would allow more people with a history of mental illness, domestic violence or other crime to obtain a weapon and commit violence, including suicide. They cite a study showing Missouri’s murder and firearm homicide rates going up after its permit system was repealed.

“Vetoing this dangerous bill proves again that Gov. Cooper listens to the experts and puts public safety first,” Tony Cope with the North Carolina chapter of the anti-gun violence group Moms Demand Action said. “We urge state legislators who support public safety to stand with Gov. Cooper in keeping guns out of the hands of people who cannot pass our state’s background checks.”

North Carolina is among 10 states that have permit licensing systems that require a potential buyer to obtain one before purchasing at last some firearms, according to the Giffords Law Center to Prevent Gun Violence. North Carolina’s permit system also covers people who simply receive a handgun from someone else.

The bill would have kept in place concealed weapons permits that sheriffs issue. The concealed handgun permit currently can be a substitute for the pistol purchase permit.

The legislation germinated from complaints that sheriffs in urban counties were not acting on permit applications in a timely manner when a glut of requests arrived during the COVID-19 pandemic. The original bill would have allowed applicants to file an application in a county contiguous to where they live. Individuals and gun-rights groups sued the Wake County sheriff for delays last year, and the Mecklenburg County sheriff earlier this month.

“To deny North Carolinians a path to obtain that measure of personal protection is to deny a fundamental constitutional right,” House Speaker Tim Moore said after the veto. “Gov. Cooper is playing politics with our Second Amendment rights.”

North Carolina’s requirement began in 1919, with the local court then issuing the permit. Senate Republicans repeated Monday that the requirement was used during the Jim Crow era to prevent Black residents from obtaining weapons. They cited a law school article that calculated Black applicants in Wake County have been denied a purchase permit at roughly three times the rate of white applicants.

A key gun-rights group said it would lobby for an override.

Cooper has “made it clear he places political posturing above actually taking action to eradicate racism,” said Paul Valone with Grass Roots North Carolina, which helped sued both the Wake and Mecklenburg sheriffs.