Member of ‘Tillis 14’ Sit-In Speaks About Protest and Arrest 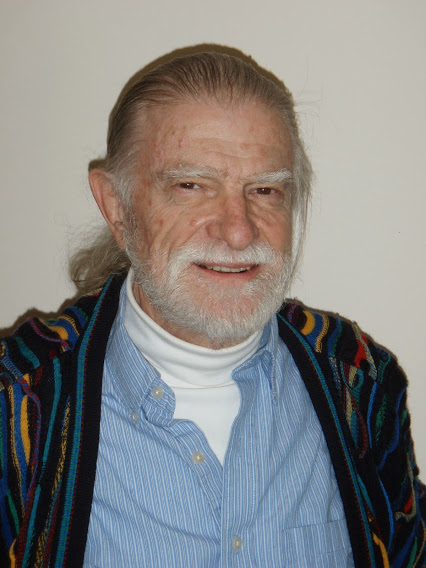 A 78-year-old retired Unitarian Minister from Chapel Hill was one of 14 people arrested for refusing to leave State House Speaker Thom Tillis’s office on Tuesday.

“I’m proud to be facing trial on July 11th,” said Rev. Dick Weston-Jones. “I’m proud of what we did, and I wish the rest of the people in this state would make the demands to our legislature that they’ve got to start acting to solve the problems that the people have, instead of repressing the people.”

He and 14 other Moral Monday protesters were grouped together for a mission at Raleigh’s General Assembly building this past Tuesday.

It was the day after Memorial Day, so protesters led by Rev. William Barber made up for not being there Monday by trying a different approach.

They split into groups that would visit the offices of lawmakers before the legislative sessions began.

Weston-Jones’s group, which included clergy and fast-food workers, was assigned to the office of Republican House Speaker Thom Tillis, who is running against Democratic Sen. Kay Hagan for her U.S. Senate seat.

When they discovered that Tillis wasn’t in his office, they began a sit-in that involved singing and clapping.

“What they said originally was, simply that ‘You are disturbing the General Assembly,’” says Weston-Jones. “Which, in fact, was not even meeting at the time.

“But they said, ‘You are disturbing them, and you may not continue this. You should leave this office.’

“And we said, ‘No thank you. We will stay here until we have a chance to talk with Speaker Tillis.’”

“He knew exactly where we were and what was going to happen,” says Weston-Jones, “and he avoided us. An so we decided to tell the world – to tell North Carolina that the Speaker of our House was not going to be there with us. And that proved to be true, all the rest of the evening. He never showed up.”

The so-called Tillis 14, however, hung in there, after one of the original 15 needed to go home to make sure she could take her son to school the next morning.

The group camped in Tillis’s office for nearly 10 hours, until police began arresting them at around 1:45 a.m.

They were ordered to place their arms behind their backs, and police put plastic restraints on their wrists.

“They put them on so tightly that they dug deeply into my wrists – both of them – and left deep red marks,” says Weston-Jones. “I could hardly move my arms when they took us out of there, and put us, in my case, in a squad car.

“And I was so jammed into the squad car that I could only sit sideways between the door and the seat in front of me.”

Weston-Jones says that, apart from the tightness of the handcuffs, he felt that the police were “very nice” and “acted appropriately.”

He says that most of the protesters’ time in custody at Wake County Detention Center was spent sitting on stainless steel benches, while waiting to be charged.

They were finally charged at around 6:45 a.m., according to Weston-Jones, with misdemeanor second-degree trespassing. The protesters were released on their own recognizance and ordered to appear in court on July 11.

They are also barred from the General Assembly Building. Weston-Jones says he finds that “offensive.”

“It’s still my General Assembly, just as it is yours and everyone else’s,” says Weston-Jones, “regardless of whether I have been arrested for appearing there, and just taken into custody.

“But it is still my General Assembly, and I hold them accountable for their behavior.”

Dick Weston-Jones became a Universalist Unitarian Minister in 1963. He has a long history of involvement with protests going back to the civil rights era.

About 50 years ago, he and three other clergy members were arrested in Selma, Alabama for, as he remembers it, appearing “mentally ill in public” while they were walking down the street in a white neighborhood.

He recalls being detained with about 350 other people that night in an African-American community center, as police threatened to bring in the Ku Klux Klan to deal with them.

Weston-Jones says that, fortunately, Selma authorities didn’t follow through with that threat. However, in 1965, his colleague James Reeb, another white Unitarian minister, was famously murdered in Selma by a gang of white supremacists.

Since the early 1960s, Weston-Jones has been involved in protests that addressed issues such as the Vietnam War, and nuclear weapons tests.

Along the way, he’s usually managed to avoid arrest.

Weston-Jones says he joined the Moral Monday movement because he’s angry about the General Assembly’s actions over the past year – particularly those regarding public schools, Medicaid, and unemployment compensation.

“I’m not in this to get arrested, or do some kind of game,” says Weston-Jones. “I want to say, and I want others to say to the legislature, what we want them to do and how we want them to act.

He and other participants in the May 27th sit-in at Thom Tillis’s office will appear for a press conference at 10:30 a.m. Friday, May 30, at the North Carolina NAACP office, located at 114 West Parrish Street in Durham.