McCrory Blasted for Another Flip on Abortion Rights 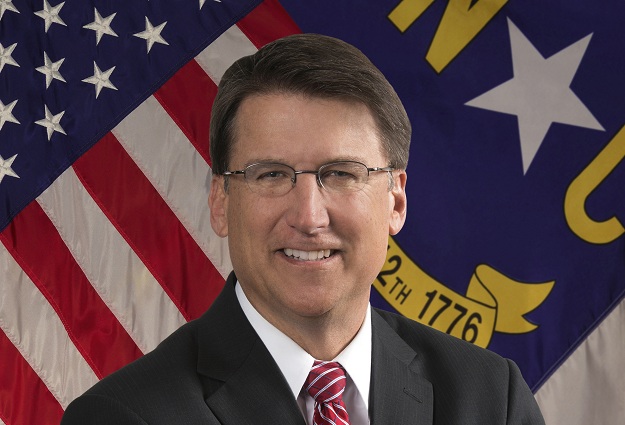 The ACLU and Planned Parenthood are blasting N.C. Gov. Pat McCrory and members of the state legislature for imposing new regulations on abortion that include a 72-hour waiting period.

“If you’re elected governor, what further restrictions on abortion would you agree to sign?” she asked.
“None,” he answered simply, to a brief, awkward silence, and then laughter from the audience.

He doesn’t appear to enjoy being reminded of that evening. On Thursday, June 4, 2015, Governor McCrory held a press conference, in which he defended his decision to sign House Bill 465, the Women and Children Protection Act , into law.

The Republican-backed bill triples the waiting period before an abortion from 24 to 72 hours. It also makes it easier for women to seek protection from domestic violence, and for police to track sex offenders who move to North Carolina from other states.

McCrory emphasized that the extended waiting period between consultation and procedure would now begin with a phone call, rather than two doctor visits.

“I think it’s a very reasonable and fair option, as we also had during the 24-hour waiting period,” said McCrory.
Alison Kiser, senior director of communications for Planned Parenthood South Atlantic, called McCrory’s decision a betrayal of trust.

“He’s betraying voters – betraying women who believed him when he made these statements while on the campaign trail,” she said.

She also blasted McCrory and lawmakers for making blanket medical decisions from their seats in the state capitol.

“Abortion is a very safe procedure,” said Kiser, “but like many medical procedures, it’s time-sensitive as well. So, delaying it arbitrarily, with no medical basis whatsoever, places an undue burden on a women’s health.”

Sarah Preston, acting executive director for ACLU of North Carolina, said there are other provisions of the bill she finds troubling.

“One of them would require doctors to send parts of medical files to bureaucrats in Raleigh, at the Department of Health and Human Services,” she said.

The requirement for doctors who perform abortions after 16 weeks to send ultrasounds to DHHS is included for enforcement of a ban after 20 weeks.

“They think that some bureaucrat in Raleigh might be able to second-guess the decision of the doctor to perform the abortion, even though abortions are legal after 16 weeks,” said Preston, “and there’s no real reason to be suspicious of doctors performing abortions at that period.”

North Carolina is one of 41 states that ban abortions when fetuses are in the post-liability stage – defined by the U.S. Supreme Court as capable of prolonged life outside the womb.

It’s one of 24 states that prevent minors from obtaining abortions without parental consent or notice, with a judicial bypass provision for courts to assume the parental role when a parent or guardian cannot or will not act on a minor’s behalf.

In 2011, the Republican-controlled legislature overrode Gov. Bev Perdue’s veto of the Women’s Right to Know Act, which imposed the original 24-hour waiting period. North Carolina also became the third U.S. state to require providers to perform an ultrasound on a patient before an abortion.

This isn’t the first time McCrory changed his “none” answer from 2012 when it comes to abortion restrictions.

In 2013, just a year after the governor made that terse promise, he signed legislation into law that eliminated abortion coverage for public employees and others with insurance through the Affordable Care Act’s public exchanges. The law also placed restrictions on abortion clinics, and banned sex-selective abortions.

Republicans in the state House Judiciary Committee attached that bill to an unrelated motorcycle safety bill, earning it a mocking nickname with which you may be familiar.

Today, not everyone is upset with the governor and legislature over the new regulations.

Tami Fitzgerald, Executive Director of the NC Values Coalition, released a statement on Wednesday, in which she said:
“HB 465 is a major victory that will protect women and save the lives of unborn children in North Carolina.”

Once the bill is signed into law, the 72-hour waiting period takes effect in October.