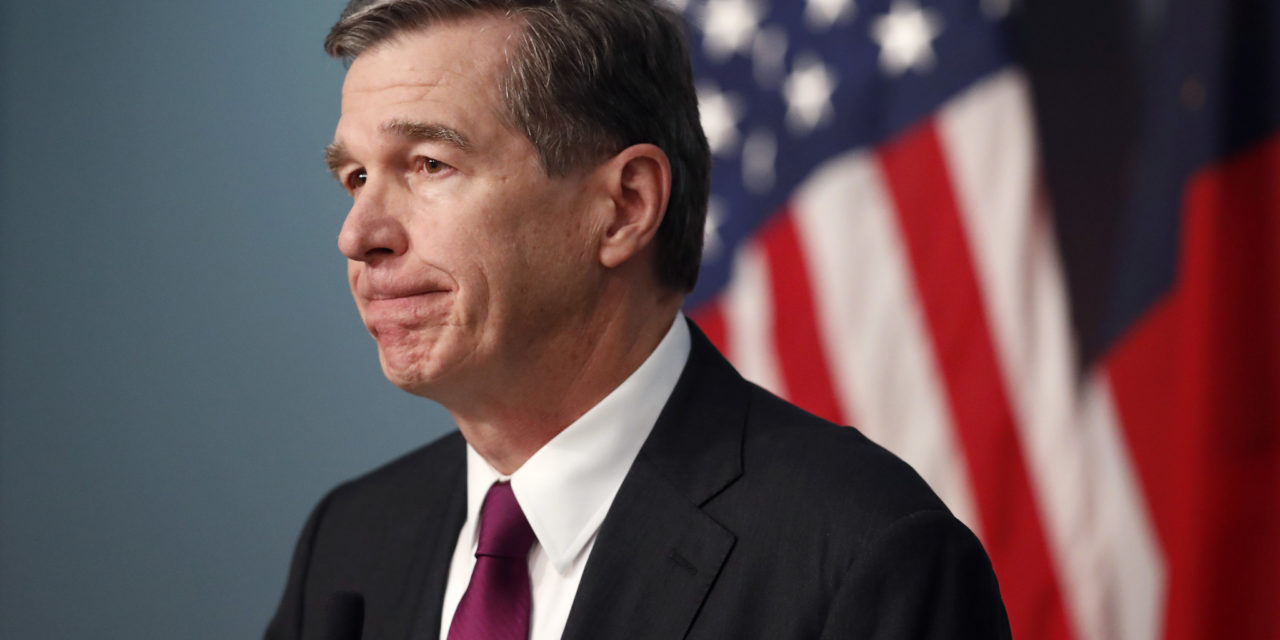 More than one-third of the 56,000 North Carolina government employees included in Democratic Gov. Roy Cooper’s executive order compelling them to get a COVID-19 shot or face weekly testing have not been fully vaccinated, according to new state data.

Law enforcement officials are getting vaccinated at the lowest rates, though the state said it is still processing a large set of data from the Department of Public Safety. Less than 53% of the 21,804 employees within that department who are subject to Cooper’s directive have been fully vaccinated.

This is substantially lower than the 63% of North Carolina adults who have gotten one Johnson & Johnson vaccine or two Pfizer or Moderna shots, as of Thursday.

Cooper said in a news conference Tuesday that he is particularly concerned by the number of prison officials who have thus far refused to get a COVID-19 vaccine.

“It’s probably the most concerning because we know there’s close quarters and congregated populations there, so we really want to work on those percentages,” Cooper said. “Right now, we’re setting up discipline procedures for people who do not do the vaccination or the testing, and there are some employees who are beginning to fall in that category.”

The Department of Public Safety is the largest agency covered under Cooper’s order, followed by the state Department of Health and Human Services, which has three-fourths of its more than 15,000 employees subject to Cooper’s directive fully vaccinated.

The North Carolina Office of State Human Resources, which provided the employee vaccination numbers of Cooper’s Cabinet agencies to The Associated Press on Wednesday evening, has largest share of workers within a given agency fully vaccinated at 93%.

Nearly 61% of the more than 9,000 Department of Transportation workers included in Cooper’s order are fully vaccinated, which represents the second-lowest share of the covered agencies.

Most Cabinet-level agencies reported employee vaccination rates of 75% to 85%, including the Department of Commerce, State Bureau of Investigation, Department of Revenue and Department of Environmental Quality.

“Data continues to fluctuate as agencies finetune their processes, including connecting individually with employees who do not typically use email as part of their daily work duties,” said a statement from Jill Warren Lucas, a state human resources spokesperson.

Cooper reiterated the need to get more North Carolinians vaccinated, particularly when they hold jobs where they have to interact with members of the public. “Vaccine requirements can get more people vaccinated. That’s what gets us to the end of this pandemic so we can stop having these press conferences and stop talking about this and move forward.”