The Hunt-Lee Report: Finding Solutions for Education, That Might Actually Pass 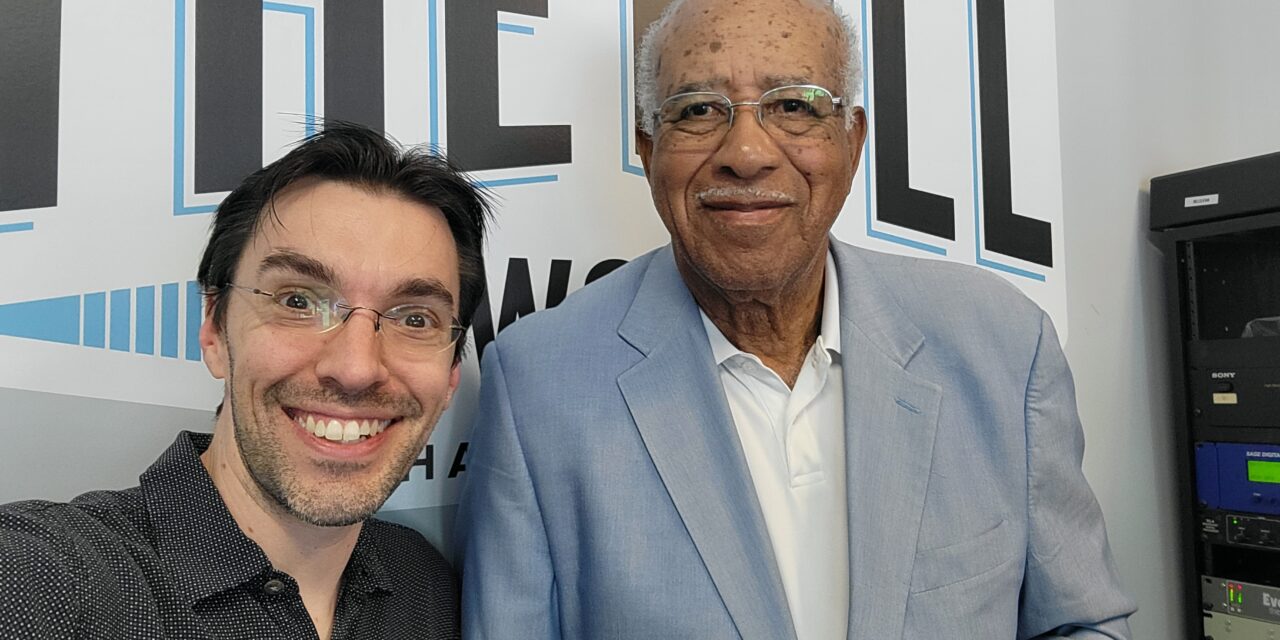 When it comes to improving public education in North Carolina, what approaches are the most effective – and also politically feasible?

That’s the question at the center of a new report on education by the Hunt-Lee Commission, a bipartisan committee comprised of 32 leaders from business, government, and philanthropy as well as K-12 and higher education. (Local officials on the committee included Chapel Hill-Carrboro school board member Rani Dasi, UNC system president Peter Hans, and UNC emeritus journalism professor Ferrel Guillory.) Created by the Hunt Institute, a nonprofit focused on promoting education in North Carolina, the Hunt-Lee Commission was named after its three co-chairs: former Governor Jim Hunt, State Senator Michael Lee, and former State Board of Education chair Howard Lee.

After a series of four intensive meetings, the Hunt-Lee Commission this week released a 36-page report with a set of 16 overarching recommendations. The list was crafted partly with an eye to identifying the most impactful solutions – but also with an eye to forging consensus across party lines, finding proposals that might win legislative (and gubernatorial) approval in our highly polarized climate.

Following the release of the Hunt-Lee report, 97.9 The Hill’s Aaron Keck spoke with commission co-chair Howard Lee, a former State Senator from Orange County and a former mayor of Chapel Hill.

Listen to their conversation.

Aaron Keck: Tell us about the commission – how it all came together and what the mission was.

Howard Lee: Governor Jim Hunt’s record in education is second to none…(he’s) championed many state policies that have improved education experiences, and moved North Carolina education to a higher level. Unfortunately, we have seen ourselves slipping, in teacher salaries, in ratings of our public schools. Universities have held their own, and we certainly have a priceless gem in community colleges. It (was) the idea of our new president, Javaid Siddiqi, that we should have a commission to take a look at where we are, where we need to go, and how we can get there in this very divisive, partisan, non-cooperative environment. And so this commission was born.

Keck: The bipartisanship was really the point here, right? We’re so divisive in all of our conversations, and education is no exception to that, but this was people from all points on the political spectrum sitting down and trying to identify our common ground (and) what can we all agree on.

Lee: Absolutely. I’ve served on many commissions, committees and organizations looking at various aspects of education, (but) I have never served on a commission that has been incorporated in a more productive way than this one was. We had Republicans, Democrats, we had conservatives, progressives, liberals, and we all worked harmoniously together. Now we didn’t agree on a lot of aspects of what went on the table, but we were able to work through (them) and come out with compromises that I think still gives the report a great deal of strength.

Lee: I started my career at Duke in 1966 doing research in early childhood education … and early childhood continues to be one of my highlights. That to me is one of the strongest parts of this report. It points out where we are and how we can continue to move forward to give a greater opportunity – including affordability, because there are so many parents who just struggle to afford the childcare and also the education that kids need.

Keck: That was one of the things that stood out to me: the vast majority of the recommendations are specific to what can be done within the schools, but a couple of the recommendations have to do with improving the state of society outside of the school. And childcare is certainly front and center there, providing increased access and increased affordability to enable parents to go to work and get out of poverty. That has a huge impact on education down the road, even though it’s not happening in the school.

Lee: Oh, absolutely. We have a greater demand (for childcare) than we have slots available for kids – and for the slots that are available, they are extremely expensive, and many parents cannot afford to put their kids in. So consequently it’s a ripple effect that tends to pull people down farther. I’m hopeful, and I’ve been very encouraged by the fact that there has been a strong discussion within the legislature about providing the funding necessary to increase that access. More importantly, I think there’s (been) a changing of the heart of a lot of the decision makers, to make sure that we give people this greater access.

Keck: The other recommendation that isn’t specific to schools, but has an impact on schools is home visiting programs, which I didn’t know very much about.

Lee: Yes, that certainly is a very important aspect of trying to meet people where they are, looking for ways to engage parents in the process of strengthening and educating their kids. My background is social work, and we’ve often said here’s where the rubber meets the road: start in the home and strengthen the parent, and let them see that they have a very important role and they don’t have to be overly educated in order to be effective with providing the support that kids need.

The other beauty of this report is that it’s broad enough that we can bring together the different entities. There are (lots) of nonprofit education-focused organizations that can take this report and find a place for themselves in it. It’s also designed to allow local school systems to extract whatever it is that they think is important for them. And that’s the beauty of the report. It isn’t to provide all the answers, it is to provide a roadmap people can use to search for the answers for themselves. And I think that is the greatest value. And I don’t think we’ve ever anything that would move in this direction under that kind of structure that would allow this to occur.

Keck: (The report) includes all aspects of education from pre-K up to and through college. So when we’re talking about community college and four-year college, what were the recommendations there?

Lee: Community colleges offered up some really interesting thoughts. (NC Community College System) President Thomas Stith talked about the fact that he’d been engaged in discussing early childhood education for 30 years, but he’s never really seen a strong movement. And he’s proposed that community colleges can play a stronger role – although they would be investing in kids who won’t get to them for a while, they can still play an early role. Many of the parents of these kids, if they had the right access to providing (childcare) for their kids, could then become students at the community college. And if they became students, they could of course be trained to take high level jobs. (And) allowing them to do the first two, three years at the community college level – that’s cheaper, they stay at home, they don’t have a lot of other expenses. And so through that process, the community college becomes a central focus of the key to our getting through all of this, (though) the universities still will be the flagship.

Keck: One of the recommendations for post-high school education (involves) opportunities that don’t necessarily involve going to college at all, community college or four-year college. I know UNC is doing its Carolina Across 100 initiative, reaching out to organizations in every county and asking, what can we offer students that doesn’t involve community college or four-year university education? And that’s in this report too.

Lee: I’ve certainly been involved in some aspect of promoting (and) leading in educational activities for many years. But we are in a new time in our lives now. And the education that I advocated for 30 years ago is not the same need that we have today. Consequently, we’ve got to be more creative, more engaged, and find more ways in which to excite students about their education. But more importantly – and I’ve said this for many years – education is not something that someone else gives. Education is something that you attain for yourself. And if we can motivate kids to recognize how they are their greatest teacher – like often my healthcare friends will say, you’re your greatest doctor – then it seems to me (that) we could have a greater impact.

Keck: What would you like to see the next step be?

I’m hoping too that at some point we will have a conference of nonprofits who are engaged in some aspect of education, come together and discuss what about the report they see of value, what they think we missed and how they think we can accomplish (our goals). And I’m hoping that we can engage parents in raising questions with legislators and policymakers when they’re running for public office, “what will you do to try and help advance this cause in a way that kids can benefit from it?” And third, I think we have to go more into schools. I set up an Institute called the Howard Lee Institute, where I went into schools and talked to kids about helping kids. There are a lot of smart kids in our schools who could be the greatest tutors and mentors for some of the younger kids in helping them enhance their own educational skills. That is certainly suggested in the report, but it’s not overtly pushed forward, and that’s something I’d like to see more of.

Keck: I know the point of (this) commission was to be bipartisan and find common ground, (but) I have to ask about the Leandro plan: the most recent court ruling is still that we’re close to $800 million short over the next two years of meeting (our) state constitutional obligation. How much of these recommendations is contingent on the state meeting that? Or can we start to meet these recommendations even before we get to that?

Lee: I think we can start a process of achieving some aspects. But I think I cannot diminish how important the Leandro case is to the ultimate achievement that we’d like to experience in education. It’s been so unfortunate – and this has nothing to do with partisanship. We as Democrats didn’t do our part either, when we were in power. And the Republicans haven’t done as much as they need to do. It’s tough. It’s tough to spend the kind of money that is being discussed, when you have a limited budget to work with. But I think in spite of that, we’re going to have to bite our lips – and going into the future, if we don’t do something about Leandro, then nothing we do as part of this report is going to have the kind of impact we hope it will.

Here are the 16 broad recommendations from the Hunt-Lee Commission: