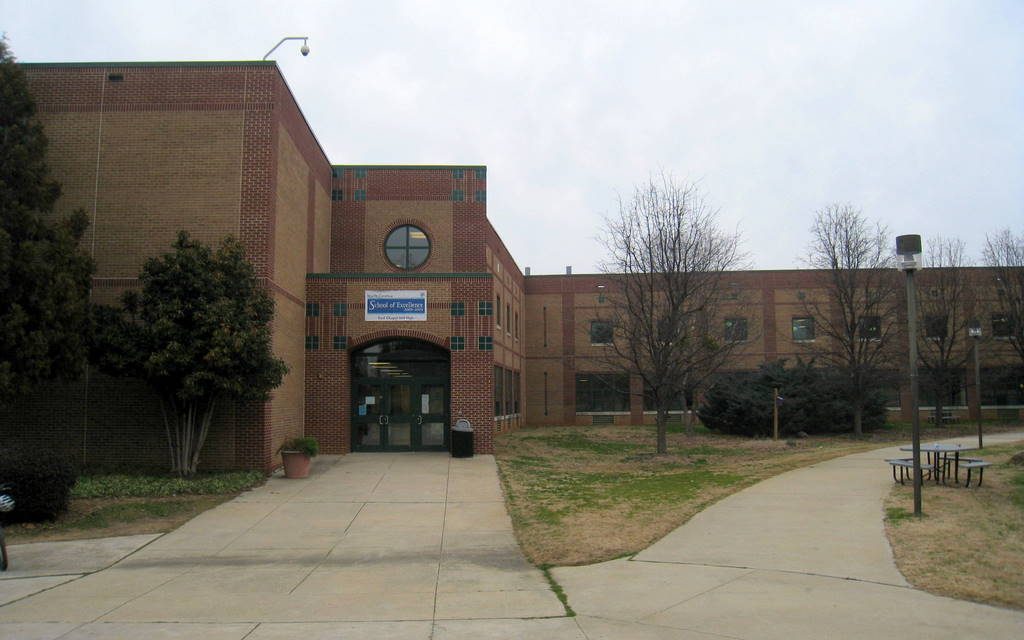 Proud family members spent the morning at the Dean Smith Center to cheer on 328 graduates of East Chapel Hill High School on Saturday.

There was a total of 26 Valedictorian speakers, and two of them were designated as Principal’s Choice.

One of those two, Ginna Manzanares, gave perhaps the most moving speech of the day.

Manzanares is a recipient of the Advancement Via Individual Determination Scholarship. She’s the first in her family to graduate from high school.

Soon, Manzanares will also be the first to attend college. She’ll be going to UNC.

In her speech, Manzanares recalled that, not long ago, she was a disadvantaged senior with no idea how to even apply for college.

But with help from friends and guidance counselors, she enrolled in college-track courses, and now she’s on her way.

Manzanares got emotional when she thanked the person most responsible for her success: her mother. She said her mom was never rewarded by a diploma on the wall for all her hard work – just aches and pains at the end of a long day.

She paused, and started to cry, as the audience applauded in support.

“…today is the day that the walls of our household will be decorated with a diploma,” she continued. “It brings me immense pleasure to have the honor to be the one to accomplish my family’s long-awaited dream.”

The other Principal’s Choice Valedictorian, Jennah Jones, is the recipient of four scholarships, as well as Science Department & Club Awards.

In her 2014 Reflections and Remarks, Principal Eileen Tully told graduates that while she certainly hopes they retain at least some of the knowledge offered at the reputedly tough school, she really hopes they carry the school’s spirit of community service with them throughout their lives.

“What I want you to remember is how your peers responded when you saw others in need or struggling during these past four years,” said Tully. “Chances are, you remember the same things that I do: kickball tournaments that were actually fundraisers for those faced with significant hardship…competitions with crosstown rivals to see who could raise the most money for the Wounded Warrior Project…”