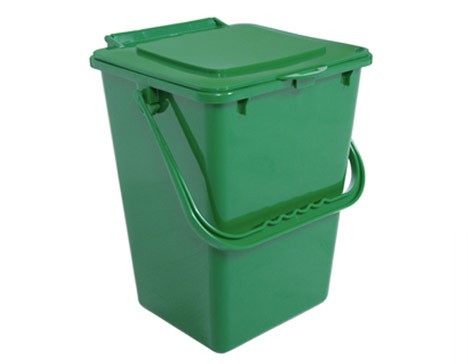 Students of Chapel Hill-Carrboro City Schools are pitching in for a healthier environment and less landfill waste this year.

Instead of throwing all of their trash into waste cans, students of elementary and middle schools are taking part in a composting program that is expected to divert as much as 143 tons of waste annually from a landfill more than 100 miles away.

The new routine goes like this: After lunch, students get in line to pour liquids into a bucket, and recycle milk cartons, juice boxes, aluminum cans and some plastics.

Landfill waste is disposed of next. In the final step, kids dump food waste into a compost bin and stack their trays.

Brooks Contractor of Goldston will collect the food waste, which may include meat and dairy, as well as fibers including uncoated paper trays.

Dan Schnitzer is the sustainability coordinator for Chapel Hill-Carrboro City Schools. His position was created by the school system last year, and Schnitzer started in November.

He gives credit to a group of Phillips Middle School students called Trash Terminators 2.0 for its influence in getting the system-wide program off the ground.

The Terminators won the first-place, $15,000 Lexus Eco Challenge in the previous school year by implementing the program at Phillips.

“The Trash Terminators were definitely influential in developing and selling the programs,” said Schnitzer, “because they were used as a pilot program.”

Schnitzer said that teachers and administrators are delighted with the educational aspects of the composting system, and the kids are excited, too.

“It’s part if a learning process,” he said, “not just in rote memory, but in engaging in conversation: ‘Why are we separating these things out? Where do they end up going? Why is this recyclable? Why is this not?’”

Schnitzer’s job duties for Chapel Hill-Carrboro schools include energy-and-water management, and ensuring that buildings in the school system are operated as efficiently as possible while also making sure that students and staff are comfortable.

He told WCHL that he’s also working on a paper reduction program, as well as working with individual schools on gardens, and talking to schools about teaching sustainability as part of a curriculum, whenever appropriate.