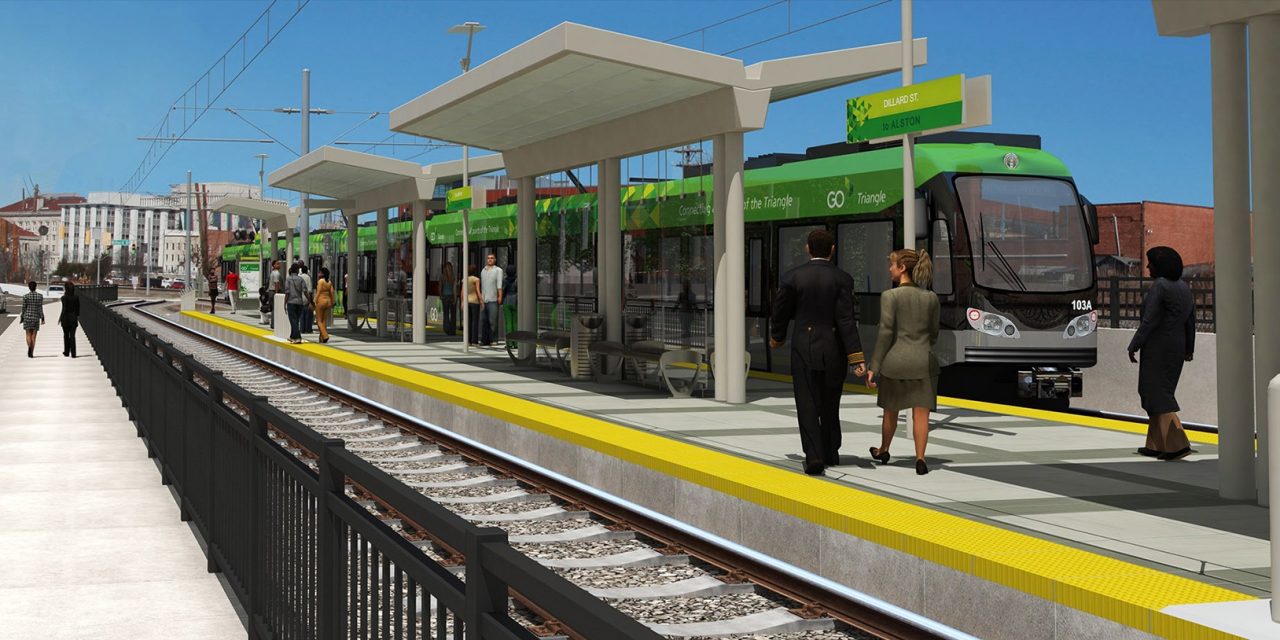 Chapel Hill’s Town Council will consider a cooperative agreement with GoTriangle again on Wednesday night. The agreement would lay out some guidelines for work between the town and the transit organization ahead of the potential Durham – Orange Light Rail Transit project.

The agreement came before the council last week, but elected officials delayed voting on the proposal.

Chapel Hill Mayor Pam Hemminger said there were some concerns among councilmembers over the proposal.

“We need this agreement to be the best for Chapel Hill it can be,” Hemminger said in an interview last week.

Durham had a more stringent agreement with GoTriangle than what was being proposed for Chapel Hill, according to the mayor.

“So, we’re going to look to parallel a lot of what they’re doing as well,” Hemminger said of Durham’s agreement.

Noise levels were also a concern expressed by residents last week, in particular for the Rail Operations and Maintenance Facility. The facility is in Durham’s jurisdiction, but Hemminger said the town was concerned about noise spillover affecting Chapel Hill residents.

The Durham City Council voted Monday night to approve the rezoning request that would allow the ROMF to be built in southwest Durham, if the overall project continues to move forward, according to the Durham Herald-Sun.

GoTriangle is approaching a deadline to submit plans for the project in able to remain eligible for more than $1 billion in federal funding for the nearly 18-mile light rail line.

Before the Town Council votes on the agreement at its meeting Wednesday night, GoTriangle will be hosting an open house to answer questions from residents about what is in the cooperative agreement.

The open house is scheduled to begin at 6 p.m. at Town Hall before the council meeting at 7 p.m.