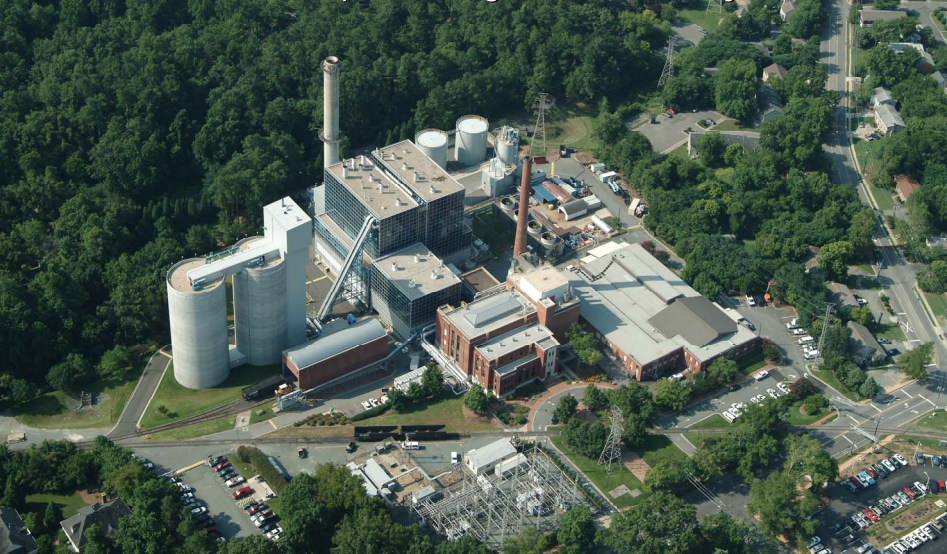 The UNC cogeneration plant on West Cameron Avenue has long been a source of frustration for Carrboro community members who wish the facility near town lines would stop using coal. Recently, the local government took a step to try and increase recognition of the plant’s environmental impact: by saying it intends to sue the Environmental Protection Agency.

A cogeneration plant creates steam to generate its power, but that steam comes from burning both coal and natural gas. UNC made a commitment in 2010 to phase out coal at the campus’ predominant electricity provider by 2020. The failure to do so, however, led to protests by community members and several groups litigating or lobbying for change.

The national Sierra Club and the Center for Biological Diversity are among those, having been involved in a case that sued UNC for violating the federal Clean Air Act. While the district court ruled in favor of UNC last September, saying the two nonprofits lacked standing or evidence for their claims of injury, the judge acknowledged that the cogeneration plant emits harmful pollutants.

The two groups also urged for change at the state level, writing to the North Carolina Department of Air Quality and using the pollutants as reason to avoid renewing a permit for UNC’s facility.

Former Carrboro Mayor Lydia Lavelle similarly sent a letter on behalf of the town and council to the state department. Since the NCDAQ ultimately issued a new permit for the cogeneration plant, the town teamed up with the Sierra Club and Center for Biological Diversity to petition the EPA to step in.

Carrboro Mayor Damon Seils told 97.9 The Hill the town’s recent move of threatening to sue the EPA is less dramatic than it sounds. While the local government has notified the federal agency of its plans, the mayor said it is more for a strong request for a requirement to be fulfilled. 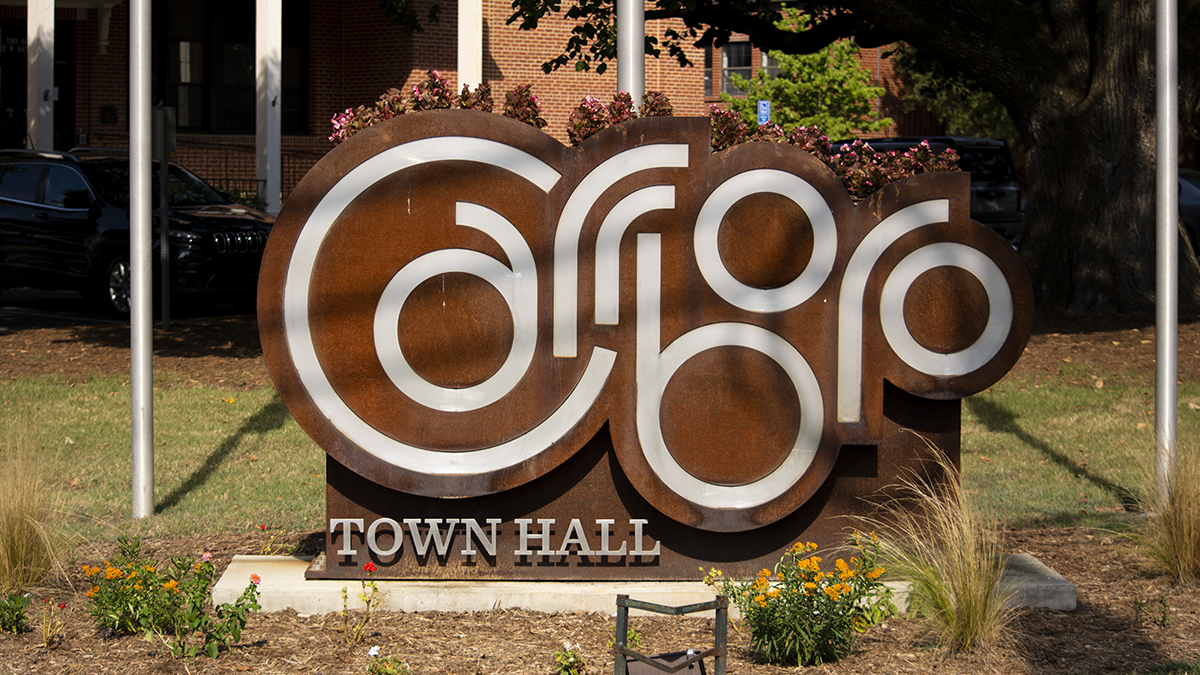 General counsel for the Town of Carrboro signed onto the petition to the EPA in October 2021.

Seils said Carrboro’s stance is for the EPA to object to the state’s permit because the plant is allegedly still violating the Clean Air Act. Among evidence presented in prior lawsuits was that the cogeneration facility exceeded the allowed heat input limit and created a higher rate of pollution 269 times between a two-year span in 2019 and 2021. While the nonprofits lacked standings and proof of injury in their initial lawsuit, the groups hope the EPA will see the data from the UNC plant and rescind the state’s permit.

Ashley Ward is a senior policy associate for engagement at Duke University’s Nicholas Institute for Energy, Environment & Sustainability. During a recent conversation with 97.9 The Hill, she said steps like the Town of Carrboro’s highlight the need for widespread buy-in to limiting environmental impact. While the U.S. government has taken some high-profile steps in recent years, she said bigger commitments across all levels in our country are needed to address pollutants and emissions – which affect the rate of climate change.

“Government can’t do this alone,” said Ward. “It is going to take coordination between universities, private industry, and government. The government’s job could be – like with the Inflation Reduction Act and Bipartisan Infrastructure Bill – to lower the barrier and incentivize private industry.

“I think everyone needs to appreciate what those lanes [for those three sectors] are,” she continued, “and really push those institutions within those lanes.” 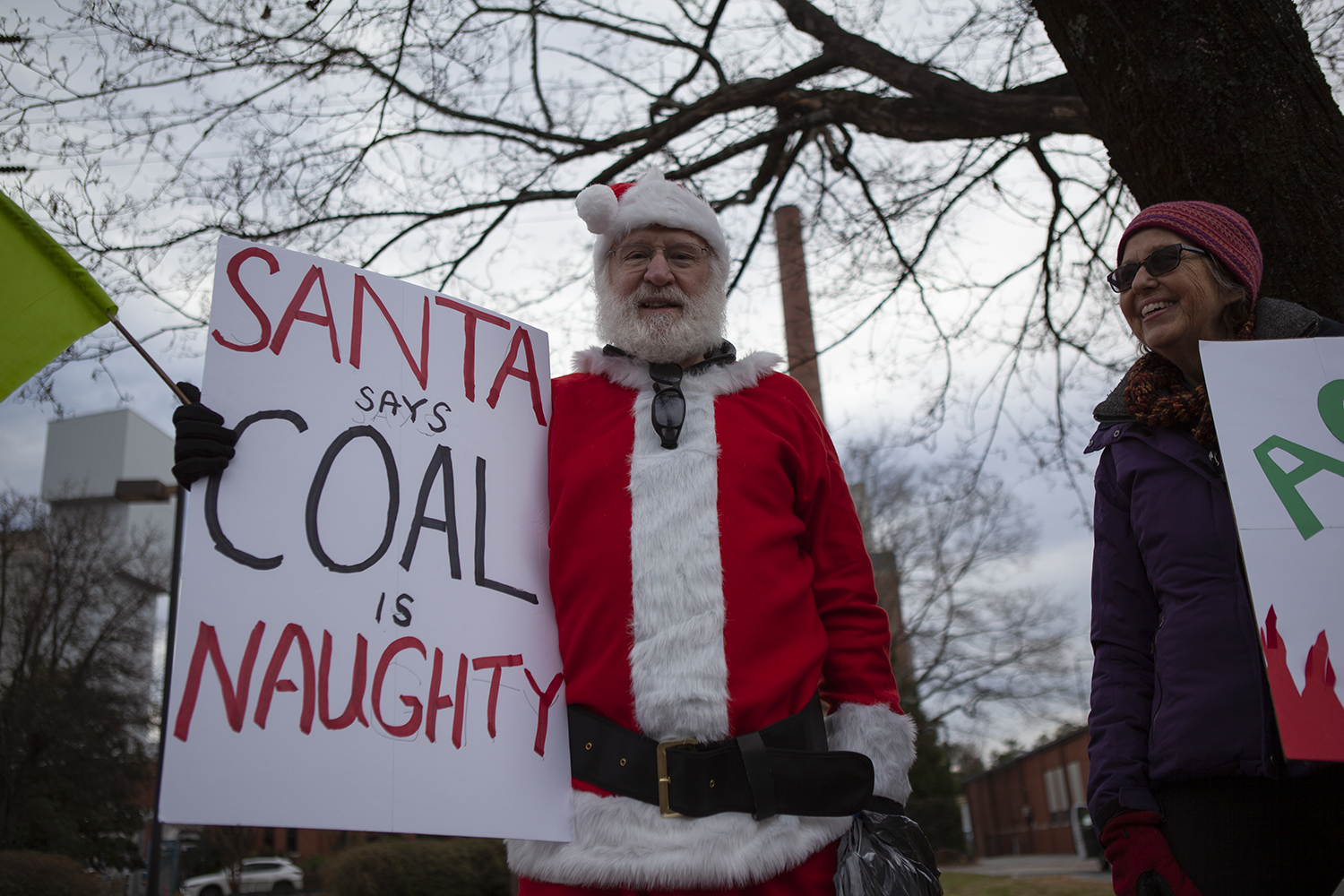 Some Carrboro and Chapel Hill community members still gather weekly to protest the use of UNC’s cogeneration methods to power campus, as seen here in December 2019. (Photo via Dakota Moyer.)

Ward said she believes universities serve in an educational and research role when it comes to exploring environmental impact. As an institution with long-term planning and less political influence than for-profit industries, she said there are opportunities for such public agencies to be leaders for change.

“Universities are also super good at translating science, engineering and innovation and translating that into practice and policy,” said Ward. “[They are] doing it through engagement processes that bring in community perspective – that’s something we really don’t see done quite as well outside of the university setting.”

Seils said, however, it’s important to acknowledge that some of UNC’s dependency on its cogeneration plant stems from a lack of urgency from the state government. While he believes a transition to cleaner energy sources would be “a win-win” for the university and broader community, he said it’s heavily affected by state lawmakers’ decisions.

“I recognize that, our partners in this petition recognize that, and we ultimately would like for our state leadership to untie the hands of the university leadership,” Seils said, “to meet these goals around climate action and moving away from use of coal at the plant – and ultimately moving toward using renewable energy resources.”

The Notice of Intent means the EPA will have another 60 days to contact the trio of parties about their petition. Otherwise, the Town of Carrboro will join a lawsuit against the EPA for a lack of response.

To view the notice of intent letter, click here. To read the Center for Biological Diversity, Sierra Club and Town of Carrboro’s original petition, click here.