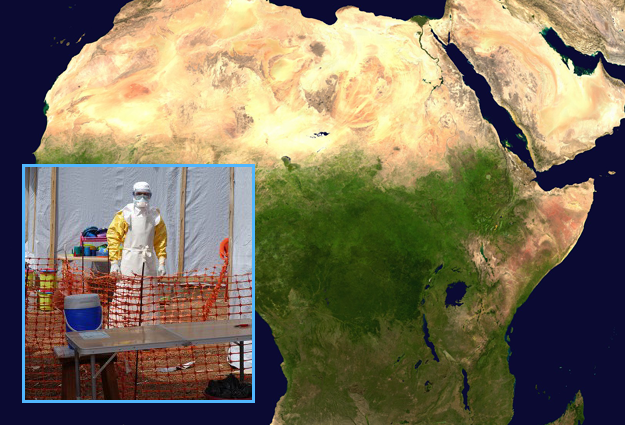 Another medical professional with ties to Chapel Hill may be heading to Africa to help in the fight against the Ebola virus.

Chapel Hill native Anna Freeman is a nurse with Doctors Without Borders, which says its mission is to serve areas where there is the greatest need.

Freeman was a nurse at UNC Hospitals before applying to work with DWB. She worked in post-surgical care of children with heart defects.

“One thing that I find very rewarding about nursing work—working as a bedside nurse—is working with somebody who finds themselves in a situation often out of their control that can be very difficult to deal with either physically or emotionally, or often both,” Freeman says.

Freeman says she felt drawn to areas known as conflict, post-conflict, and intermittent-conflict zones, or areas struggling with epidemic diseases. She says there was an urge to help those who couldn’t always help themselves.

“Very often, people who find themselves in these circumstances are civilians, are women and children who live in very poor areas,” Freeman says. “I find that very unjust that people don’t have access to health care as a result or have very poor health care. There’s a lot of suffering that goes along with that.”

She says working to help alleviate suffering is very rewarding and that she’s fascinated experiencing new things in places that, when you first arrive, you might not know what awaits you.

Freeman may be heading to Africa in the next few weeks to help in the fight against Ebola. This is the largest outbreak of the disease on record. As of Tuesday, the Centers for Disease Control reported the suspected and confirmed case count was nearing 1,900; the suspected number of deaths had just surpassed 1,000.

WCHL spoke with UNC physician William Fischer upon his return to the states from Africa where he treated people who had contracted Ebola. He said he left feeling like there was more he could do, and that he would certainly be willing to return.

Freeman’s comments were made on a recent edition of Who’s Talking with D.G. Martin, heard weekends on WCHL. Click here to listen (August 2, 2014 edition).