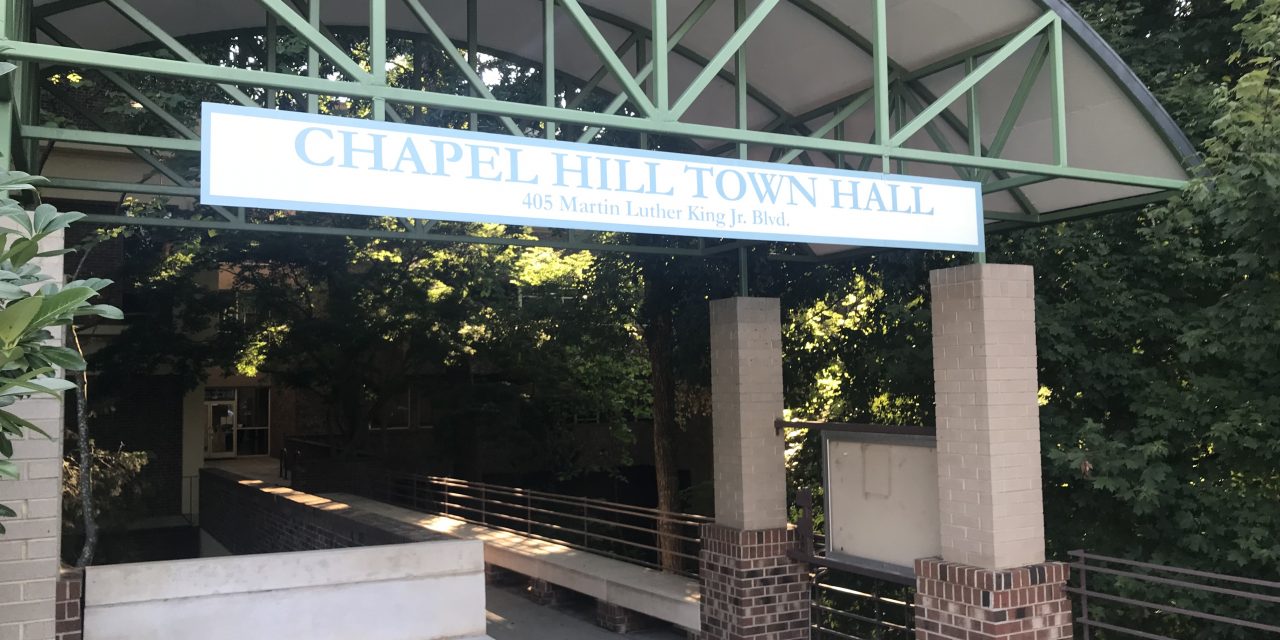 The Chapel Hill Town Council recently heard a petition from the Environmental Stewardship Advisory Board which would require all new building construction and renovations in Chapel Hill which require a rezoning with a Special Use Permit to install roof-mounted solar energy systems.

The petition would cover over 80 percent of eligible roof areas, including all sunshade flat roofs and pitched roofs facing between southeast to southwest.

Mayor Pam Hemminger says that while solar energy is part of the town’s climate action plan, demanding solar energy systems may not be the right way.

“We want to make it better than that,” says Hemminger. “We want to give options, because sometimes putting solar on means you might cut trees down and that might not be the right way.”

The mayor says the town is more likely to offer a range of different options when it comes to renewable energy for new development.

“We want buildings to [use] more renewable energy and to be more energy efficient than they already are, but we want a menu of options to help promote that,” says Hemminger.

The town also discussed incentives for owners of existing properties to convert to solar energy.

“I’ve seen other towns do things like rebate the inspections cost or put out the information of all the places you can find information about solar companies who do this, get estimates, those kinds of things,” says Hemminger.

UNC is also investigating the possibility of building a solar farm to generate energy for the campus.