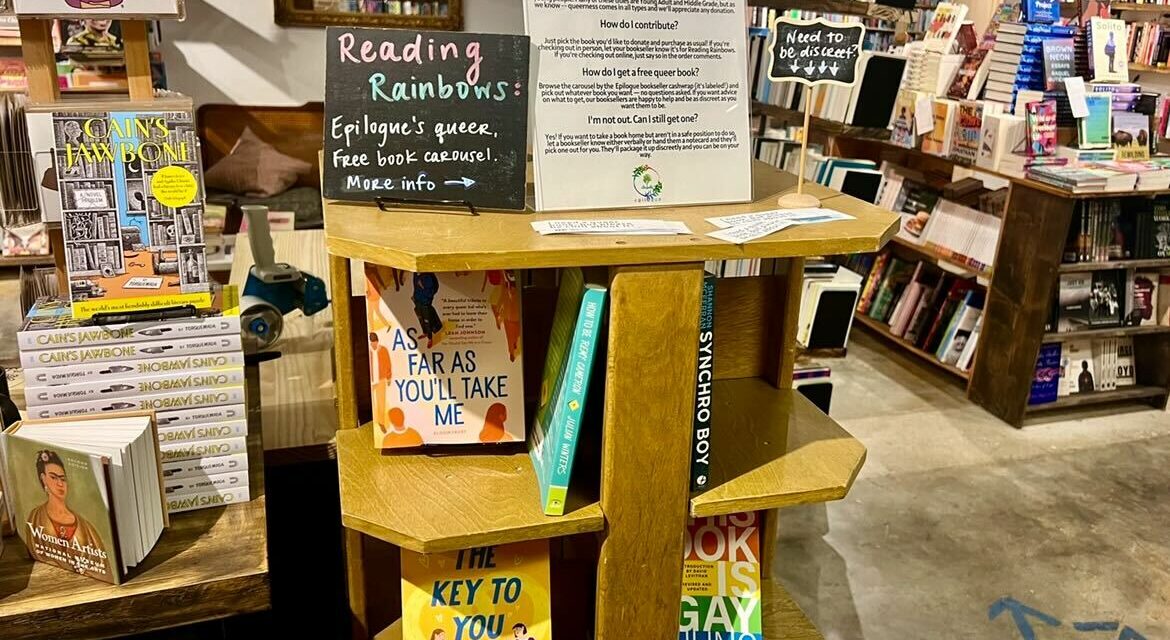 Gaby Iori is a 2021 UNC graduate and the events coordinator for Epilogue. After hearing of a different bookstore offering a free queer library, she said she became inspired to bring their own to Epilogue.

To create the display, Iori said she repurposed a carousel that formerly featured young adult books to craft Reading Rainbows.

People are able to donate to the stand on Epilogue’s website. They can purchase young adult, middle grade or nonfiction queer books that the Epilogue staff displays, Iori said. Patrons can also purchase a book to donate in-person in the store by letting employees know at check-out the book is for Reading Rainbows. 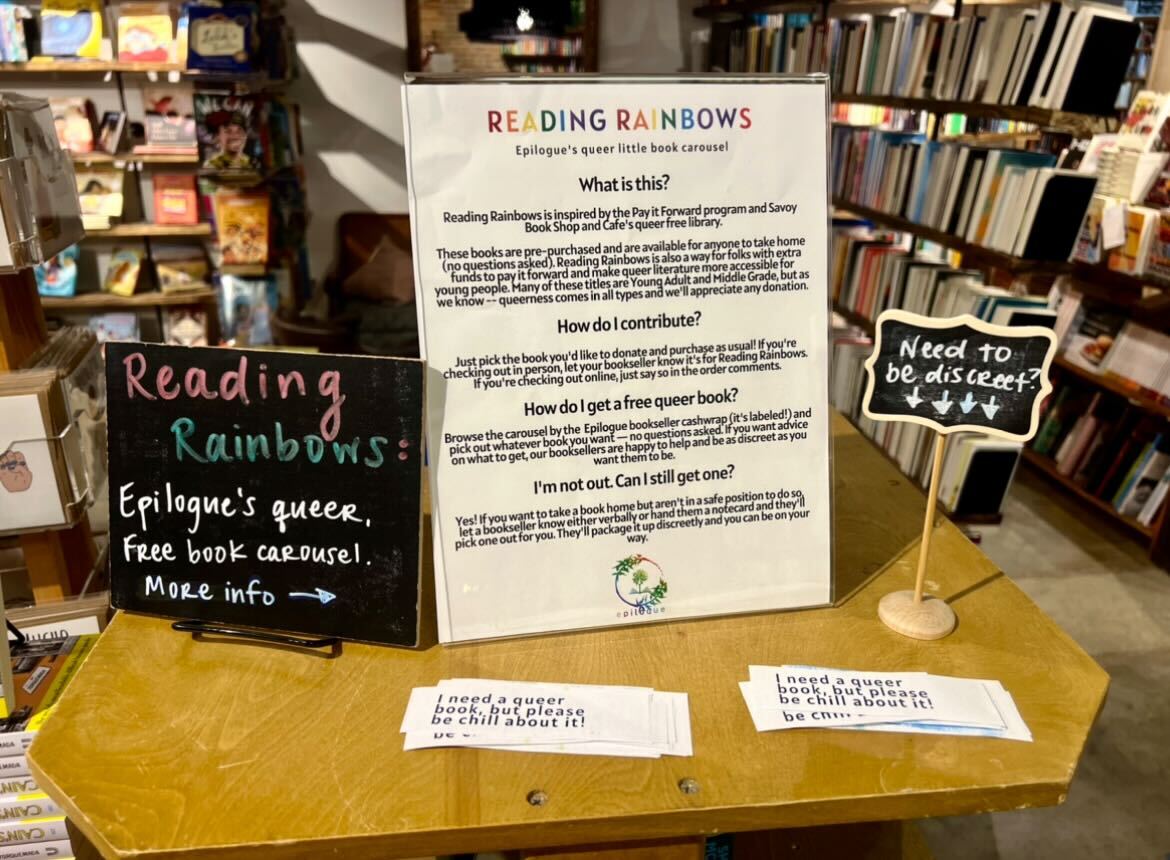 “The idea is that queer youth, or anyone who wants a free queer book, can just pick it up,” she described.

Iori said it’s important to her to be able to provide accessible queer literature to young people, especially because many LGBTQ+ books are banned from public schools.

“I am a southern butch lesbian,” she said. “I think if I had had access to a lot of the same titles that are out there, I might not have waited until college to come out. I wanted to make this a queer, safe space in so many ways.”

The stand quickly became a hit at Epilogue.

“I have watched young people take books from the stand,” said Iori, “and they sometimes seem a little shy. Sometimes they’ll ask questions. But everyone who donates a book can rest assured that it’s going to someone who needs it.”

Terrance Hudson, the manager of Epilogue, said they believe queer teens should be allowed to see themselves represented in as much media as possible. Hudson added making queer books free is one of the best ways to do that.

“It’s just a really nice thing to have in a community — a little free library that you can pick from without fear of judgment,” they said.

“We get some queer teens who are like, ‘Wow, I’ve never seen books that like represent me before.’ And we get some parents who are like, ‘Am I allowed to take one of these for my kid?’ And we’re like, ‘Yes, absolutely. Please do.’”

Julia Baddley is a senior at UNC who frequently patrons Epilogue. When she saw the stand, she said she was impressed with the store’s efforts to offer free books that uplift the LGBTQ+ community.

“As a queer person, I really enjoy that Epilogue is able to showcase all these different types of books that sometimes are banned or not available in other areas, like in education in our country.”

Baddley said she loves how Epilogue helps people learn about different identities — or even learn about themselves — through literature.

Editor’s Note: This story initially published and aired through the Carolina Connection program at the UNC Hussman School of Journalism and Media.