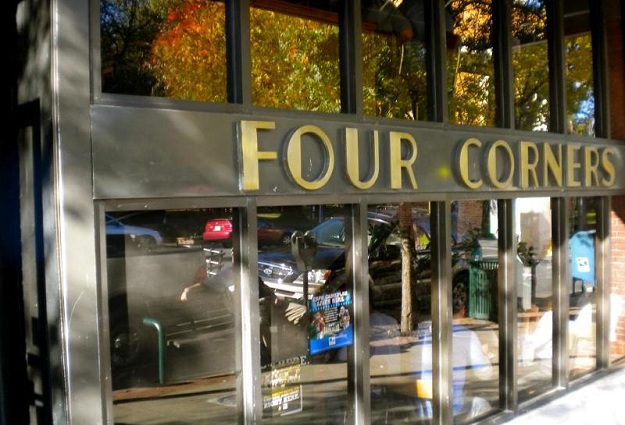 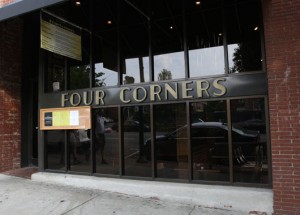 This week, 35 years ago, Four Corners opened on Franklin Street. I know because I was there as one of the original owners, along with then-UNC assistant basketball coach Eddie Fogler and about six other limited partners who “always wanted to open a sports bar.”

We weren’t even 10 years out of college but believed Chapel Hill needed a sports-themed bar and restaurant. I covered the Tar Heels on the road and Fogler recruited all over the country, and we agreed that we lived in just about the only big-time college sports town without one.

Liquor by the drink had passed in North Carolina in 1978, eliminating the brown-bagging law that caused the laughable debate between the “wets” who wanted the law passed for new tax revenue and the “dries” who believed the new law would increase the number of alcoholics in the state.

Laughable because I never knew a true alcoholic until I came here for school.

With brown-bagging, people drove around with cases of liquor bottles in their trunks. Before entering a fine restaurant, they would grab a fifth and put it in a brown bag. And they sat at dinner until that fifth was empty, often staggering out to the parking lot.

Passing liquor by the drink not only spawned thousands of new bars across North Carolina, it also saved a lot of lives. You could never drink as much alcohol in one night ordering from the bar as you could walking out of a place with an empty bottle.

Four Corners was the second restaurant in Chapel Hill with a mixed-drink license (Papagayo’s, where R&R Grill is today, was the first). Once we slapped those brass letters – FOUR CORNERS – on the front fascia a month before we opened, the town went crazy with anticipation.

The current owner, Kristian Bawcom, is dealing with an entire generation of customers who have no idea where the name of his bar and grill came from. After all, it’s not even on ONE corner.

He has an explanation on every menu:

Dean Smith is most associated with the “Four Corners” offense, a strategy for stalling with a lead near the end of a game. Smith’s teams executed the Four Corners so effectively that in 1985 the NCAA instituted a shot clock to speed up play and minimize ball-control offenses.

And, because Dean Smith owned the strategy, people thought he also owned the sports bar. And who were we to dissuade anyone from believing that? Phil Ford, who popularized Four Corners during his Carolina career and whose giant picture holding up four fingers while dribbling the basketball greeted guests at the front door, was also supposedly a silent partner. As was Walter Davis, whose nickname sat atop the dessert portion of the menu: Sweet D’s.

We had the most fun before we opened, designing shirts with a hand raising four fingers and coming up with the menu items.

Fabulous Phil was a roast beef sandwich with horse radish.

Worthy Burger was a half pound patty that barely fit in your mouth.

When Michael Jordan arrived, we featured a tongue sandwich until it became too expensive.

Four Corners was so popular from the day it opened that controlling the crowds became less fun. We served lunch, dinner, a late-night menu and Sunday brunch because we sold too much alcohol. In those days, the North Carolina ABC board required restaurants with a mixed-drink license to make 50 percent of their revenue through selling food. This, of course, was impossible with a high-volume bar.

Now, I believe, it is a 70-30 ratio, which makes a lot more sense. Eventually, business leveled off at Four Corners because so many other new bars opened, it seemed almost each week. And every new bar offered drink specials that drove students there until the next new bar opened.

But Four Corners was always, as it remains today, the eatery most associated with UNC Sports. After we sold it, former Tar Heel basketball player Hughie Donohue took over for about eight years. Eventually some former students (a few of whom we had to cut off in the old days) bought it, and now it is better than ever under Bawcom’s ownership.

It has a well-priced menu with excellent food and service and more than 20 high-def TVs where you can watch every sports event imaginable through every satellite package offered. It is still packed for Tar Heel games, but Sundays are special in the fall with hundreds of patrons wearing their favorite jerseys crowding in to watch the NFL game of their choice. And it all starts again on September 7th.

The old Four Corners had its moments that will never be forgotten. The night Carolina won Smith’s first national championship in 1982, our managers covered the entire front of the building with plastic to keep from getting splashed with light blue paint. And there was the night that we finally had to ban the rowdy top-ranked Tar Heel men’s lacrosse team from the premises. That was no fun, but we did not have enough insurance to cover what might happen.

It spawned the funniest moment I ever had at Four Corners, a couple of days after Willie Scroggs’ team won the second of their three NCAA championships (they also won six ACC titles and Scroggs retired with an overall record of 120-37). It still makes me laugh today.

I was sitting on the upper level next to the front windows, where I could see who was walking down Franklin Street and, presumably, they could see me. Flush from winning it all again, a couple of lax players spotted me at the place they could no longer go to celebrate. As one of the All-American players passed by, he stopped and stuck his head in the front door.

Raising the middle finger of one hand at me, he shouted, “Hey, Carolina Lacrosse, No. 1!”