Every week on The Financial Symphony, John Stillman answers your retirement planning questions on the request line to help you make sure that all of the instruments in your financial orchestra are playing in tune. Submit your financial question below, and you could have it answered by the maestro himself! 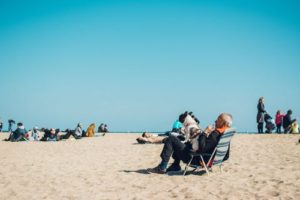 I’m retiring in the latter half of the year, exact date to be determined. Amazingly, I’m going to have about 16 weeks of unused vacation and sick leave that they’re going to have to pay me for. I’m told that I can take this all in my final paycheck or I can continue being paid on my normal schedule every two weeks for a few months after I retire. Does it matter which way I do it?

Great question and great job of apparently never being sick or taking a vacation. I was always amazed in elementary school when they’d give out the perfect attendance awards at the end of the year. First of all, who are the kids in fourth grade who never miss a single day of school? You’re coming to school sick, probably more than once, if you make it through an entire year without missing a single day.

In any event, let’s look at this from a couple of different angles. Let’s suppose you’re retiring in late November and you take all 16 weeks in your final paycheck. Well, now your income for this year is probably going to be higher than previous years, which might mean you’re getting bumped up into a tax bracket that you’ve never been in before. That’s one thing to consider and could be a reason not to take it in that one lump sum.

Now let’s look at the other side. Suppose that you’re retiring in early October and you could take that 16 weeks of pay so that it’s all taxable this year, but not enough to bump you up into a higher tax bracket. Now you can put some cash in the bank and, depending on what your income plan looks like, maybe you can use some of that cash in the bank to pay your bills next year instead of making withdrawals from IRAs. This might put you in a very low tax bracket next year.

So depending on your tax and income plan, this choice might be irrelevant. Or it could be a choice that saves you several hundred dollars in taxes if handled properly. Definitely worth exploring more carefully. 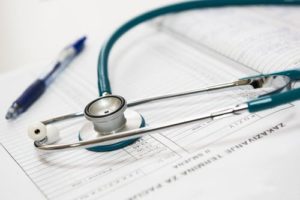 I’m quite ready to retire, but I’m not going to be old enough for Medicare for another six months. Should I just stick it out until then?

I see this question a lot. For some people, you really do need to get to Medicare age because maybe your health situation is such that for some reason it’s not going to make sense for you to try to have your own health insurance or try to be on COBRA for a while to bridge the gap until Medicare.

Other people are really hung up on the idea of waiting until they’re Medicare age to retire, but I look at their portfolio and I’m puzzled as to why they think they can’t just buy health insurance for a few months. In fact, I was talking to a couple last week who had more than $2.5 million. But they don’t spend very much—in retirement they’re going to spend maybe $5000/mo. If they want to retire at 64, they should do it and just buy their own health insurance for a year because it’s going to be a meaningless expense in the grand scheme of their overall portfolio.

Buddy, you say you’re ready to retire, but it will be six more months until you’re eligible for Medicare. Well, how badly do you dislike your job? You say you’re “quite ready” to retire—if you’re really ready to be done with the job, maybe it’s worth it to you to pay for your own insurance for a few months. Figure out what it would cost you to buy your own coverage and then you’ll be more equipped to weigh that cost against the unpleasantness of staying at the job for an extra six months. 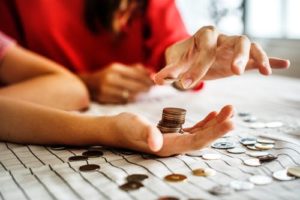 There’s no way I’m going to spend through my savings during my lifetime, so I’ll end up leaving a lot to my kids, but they’ll probably be in their 40s and 50s when that happens. I feel like they could use the money more now while they’re in their 20s and 30s to help with things like paying off student loans and buying houses. Should I start giving money away to them now?

Ruth, I’d like to dissect this one sentence at a time. You said “There’s no way I’m going to spend through my savings during my life, so I’ll end up leaving a lot to my kids.” That could very well be the case, but I’d like to see how you came to that conclusion and be sure it’s accurate before we start giving your money away.

Next you say, “They’ll probably be in their 40s or 50s when that happens.” So, you’re assuming what your lifespan is going to be. When you say 40s or 50s, that’s a couple of decades. So, you can probably guess within a couple of decades how long you’re going to live. But again, I’d like to see the numbers. What if you live a lot longer than that? How does the total picture look? Could you find yourself in your 90s wishing you hadn’t given so much money away?

Finally, you want to know if it would be better to give away money to the kids now. Maybe, it depends on your kids. If you’re going to give money to people in their 20s and 30s, we need to be sure that the money is being put to good use. As an example, if your kids have a lot of debt, and you just give them $15,000 to pay off student loans, that seems like the money is being put to good use. But what’s stopping them from paying off the student loans, then saying, “Cool! I don’t have that monthly payment anymore, so I’m going to go buy this car that’s actually a lot more expensive than what I should buy because now I can afford to make the monthly payment.” So effectively, you’ve given a drunk a drink. You paid off the student loans, but instead of doing something more productive with this windfall, they just turned around and made a dumb car purchase.

So, if you’re going to do this, you need to know your kids. If they’re not very responsible with money right now, how can you use this gift to reward behaviors that you want to encourage? I’ll give you an example because I’m working through a similar situation with some of my clients…

They have three daughters. Daughter #1 is very responsible with money, lives simply and within her means. Daughter #2 has not been that way until recently, but has realized that she needs to become that way, so she and her husband are working hard to get debt paid off and start investing aggressively. Daughter #3 could not possibly care less about making responsible financial choices.

What we ended up doing with these three daughters was giving them an incentive to make wise financial choices. The parents said, “Look, if you guys will get yourselves completely out of debt (other than mortgage) and have $10,000 in the bank as an emergency fund, we’ll give you another $10,000 as a gift.”

Well, Daughter #1 was already there. She immediately got $10,000 because she was already debt free and had an emergency fund. Daughter #2 will hit the goal later this year. Daughter #3 will have to get her butt in gear, but we’ll find out soon if this helps to motivate her.

Ruth, I’d encourage you to consider something similar. Use your wealth to positively affect future generations by helping them to develop their own good financial habits.