One on One: Workhorse or Show Horse 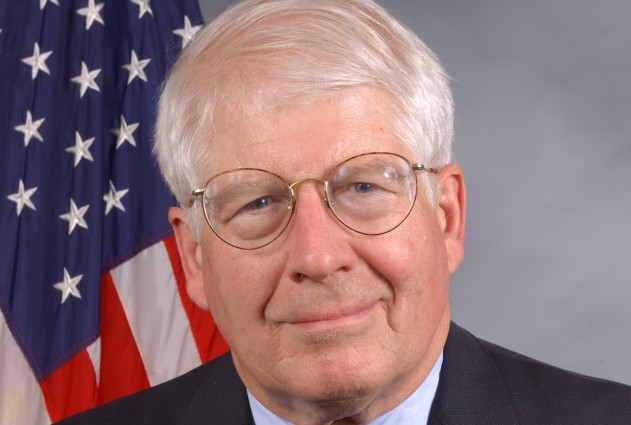 Do you want your congressional representative to be a “workhorse” or a “show horse?”

In the recently released fourth revised edition of his classic “The Congressional Experience: An Institution Transformed,” David Price writes about how the legendary speaker of the U.S. House of Representatives Sam Rayburn distinguished the “show horses” from the “work horses” who served in Congress. According to Price, Rayburn expressed his clear preference for the latter.

Price has all the credentials to write about Congress and who serves there, how they get things accomplished, what they have to do to get elected and then reelected, how they work with colleagues, constituents, outside groups, and their fellow representatives to get things done.

Price, the representative from North Carolina’s Fourth District, has served in Congress since 1987, with only a two-year break after losing an election in 1994. Before his first election to Congress, Price studied theology at Yale University, served as a political science professor at Duke University and chaired the state Democratic Party.

In short, he brings a professional lifetime of dealing with the institution of Congress that blends into his teaching and research a viewpoint influenced by a longstanding spiritual commitment.

As the publisher’s introduction points out, “Congressman David Price is uniquely qualified to guide readers through the labyrinth of rules, roles, and representatives that is Congress. As a trained political scientist, he connects the practical politics on the Hill with the theories of the discipline. He is equally focused on the ethics of public service at a time when politics seem to have reached a new low. Through it all, he conveys a clear sense of the challenges, disappointments, elations, and deep concerns implicit in serving as a member of Congress, especially at a time of national and international fragility.”

Price begins his book with a chapter on campaigning. In 1984, as party chair he was disappointed that the Fourth District incumbent Ike Andrews was defeated by Bill Cobey, former UNC-Chapel Hill athletic director. “Deeply stung” by his party’s defeat, Price decided to run for the seat. Then came the hard parts. Running against other attractive Democrats in the primary. Raising money. Organizing. Disappointments every day before finally winning.

Anyone considering a Congressional campaign should read this chapter before making a decision.

Getting elected is hard. But the harder tasks, Price explains in a chapter titled “At Home in the House,” might come after an election victory.

“The immediate challenge,” he writes, “is to secure a desirable committee assignment, a challenge heightened by both the knowledge that it can decisively shape one’s subsequent career and uncertainty as to how the assignment decisions are going to be made. It is a rapid and jarring transition, from the electoral areas to the arena of house politics, equally political, equally challenging, but often quite dissimilar in the skills it requires and the behavior it rewards.”

Jockeying for preferred assignments on and within committees such as Appropriations is a skill an ambitious “workhorse” representative must master. Price did not get a chance for appointment to that committee until 1990 when there were four openings. The appointment leaders ranked Price second, ahead of Nancy Pelosi, who was third. Both were appointed.

In a chapter titled “Our Broken Electoral System,” Price chronicles his efforts to push for election reforms and funding for the states to acquire modern and accurate voting equipment. Although progress was disappointingly mixed, the ability of state election officers to demonstrate the validity of their results against powerful challenges from the former president’s campaign proved the value of Price’s and his colleagues’ work.

“The Congressional Experience” should be required reading for anyone considering a run for Congress and for the rest of us who just want to try to understand how our government works. Whoever reads even a part of the book will be happy North Carolina has a workhorse congressman.