Jim Kitchen Travel Documentaries: Why Am I Traveling The World? 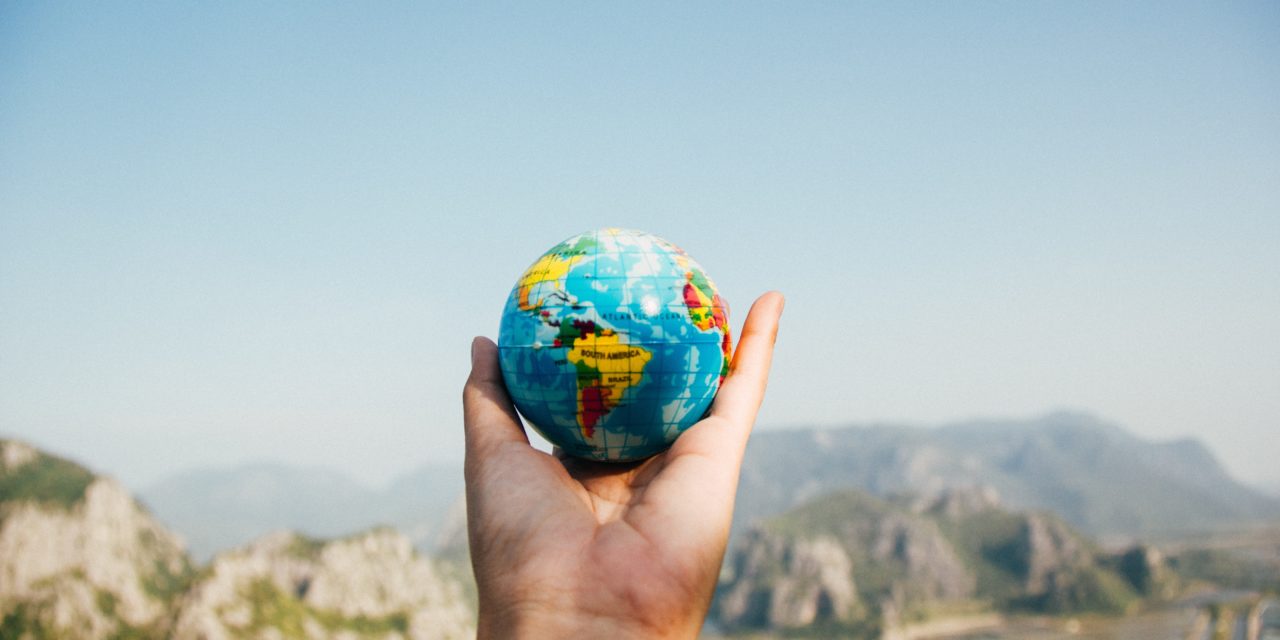 “Why are you traveling the world? Are you writing a book or are you crazy?”

It’s always a variation of the above question when people learn I am traveling to every country in the world.

My response to this simple, yet complex question is, “Purely for fun,” or some variation, deflecting the much more complicated and nuanced reasons for my wanderlust.

During my childhood, my parents, who were public-school teachers, wanted to make the most of June, July, and August. They stuffed our wood-paneled station wagon with groceries, camping gear, and kids, and off we’d go (every summer) from the southern tip of Florida all the way to Washington State. While lots of people have traveled to every state in the continental U.S., I’m unquestionably one of the very few people who have seen all the states backward, from a rear-facing, third-row bumper seat.

You see, “on-the-road exploring” feels like Home. It is not just something I do. It’s my norm; it’s who I am, likely an inherited trait deeply embedded in my DNA. I love where I have lived since college, Chapel Hill, NC, but wandering from our personal specks on the planet is good for the mind and soul. Visiting new places represents the highest and most noble activity, we, as humans, can do. I think traveling is what most people live for when they are not stuck doing the mundane to finance their next escape. The most absurd and extravagant blessing ever bestowed on a person is traveling for a living like I do.

To see the “yet-to-be explored” satiates my innate curiosity of all things. It is the fuel of my life’s journey. Visiting new places is just one joy and blessing of travel, the most meaningful part of traveling is meeting ordinary people doing ordinary things in their ordinary lives, providing an outsider a glimpse into unique cultures. Getting lost in a remote village, learning how people survive and thrive, visiting homes, meeting families, and learning what makes others smile…all of this fills my soul.

As I travel around the world as an “Unofficial-Goodwill” Ambassador, I am sensitive to presenting my best self to represent the United States of America. With limited time in each country, I am unabashedly unapologetic about introducing myself to complete strangers and inserting myself into their lives momentarily. Most of these human collisions happen at workplaces, where people are most accessible. Some encounters are pre-planned by tour guides; most are fortuitous. I have planted rice in Laos, street-performed in Kosovo, gardened in Moldova, weaved carpets in Nepal, swirled candy in Vietnam, hauled potato sacks and picked carrots in Colombia, tossed pizzas in Venezuela, wrestled huge men in Senegal, and volunteered at schools across the globe. These encounters have often been gut-wrenchingly funny and trust me–nothing is more effective than humor to bridge the gap between culture and language barriers.

While I’m on the road, my pace is frenetic. My goal in any place is to experience the environment as fully as possible. I avoid churches, mosques, and most museums, not because they’re unimportant, but because they’re mostly similar. What does my “average” trip look like? Here’s a glimpse:

On a recent trip to Ukraine, I arrived late evening, slept four to five hours, woke up, and drove 250 miles through the countryside to visit a former underground Russian missile silo. After a simulated launch of 10 SS-22s to New York, I returned to Kiev that evening after driving another 250 miles, all before the opening curtain at the local Opera. Afterward, I walked through the city square, struck up a conversation with some local students, and then headed back to my hotel. After sleeping five to six more hours, that morning I jogged through the park and then headed off for my next adventure through Belarus.

What are my criteria for “visiting” a country? Let’s be clear: I am not a “toe-toucher.”  Some world travelers have visited 30 countries in 24 hours. That’s not my style. In my opinion, landing in an airport doesn’t count as visiting that country. Having a meaningful experience in a country is my criteria for having visited it.

“What have you learned on your trip around the world?” is another popular question.

I’ve been taking notes about the life lessons I’ve gleaned along the way, which at some point I may share, but I find this question the most difficult to answer. There’s so much to say, too much for an articulate and effective sound bite. Expressing humility by how incredibly kind-hearted a species we are, that our similarities bind us more strongly than our differences, has been a woefully underwhelming response for those posing this question. Hah! As if they are owed the most poignant and mind-shattering epiphany!

“What’s your favorite country?” is the most heartless and ruthless of questions, as if a parent of a large family of 193 children could or would choose just one!

While much of this journey brings joy, I’ve noticed over the past five years, alarmingly, that the world’s small towns and villages are dwindling. From North Carolina to Nepal, centuries-old customs, cultures, and traditions have begun disappearing at an alarming pace. To humanize this point, millions of Filipinos have left their local villages to seek prosperity in Manila. Many of Malta’s fine-linen seamstresses, Bengali hand-woven carpet makers, and Laotian independent-rice farmers will soon be gone with no one to replace them. This is a cautionary tale being told around the world. “Brain-drain” in communities, the exodus of talent in search of more fulfilling lives, is a legitimate concern, ripping at the moral fabric of our civilization.

I believe by 2035 technology will make it next-to-impossible to visit somewhere organically unique. As we are powerless to stop our cultural homogeneity, I’m determined to see as much of the world as I can for as long as I can, meeting whomever I can wherever and whenever I can.