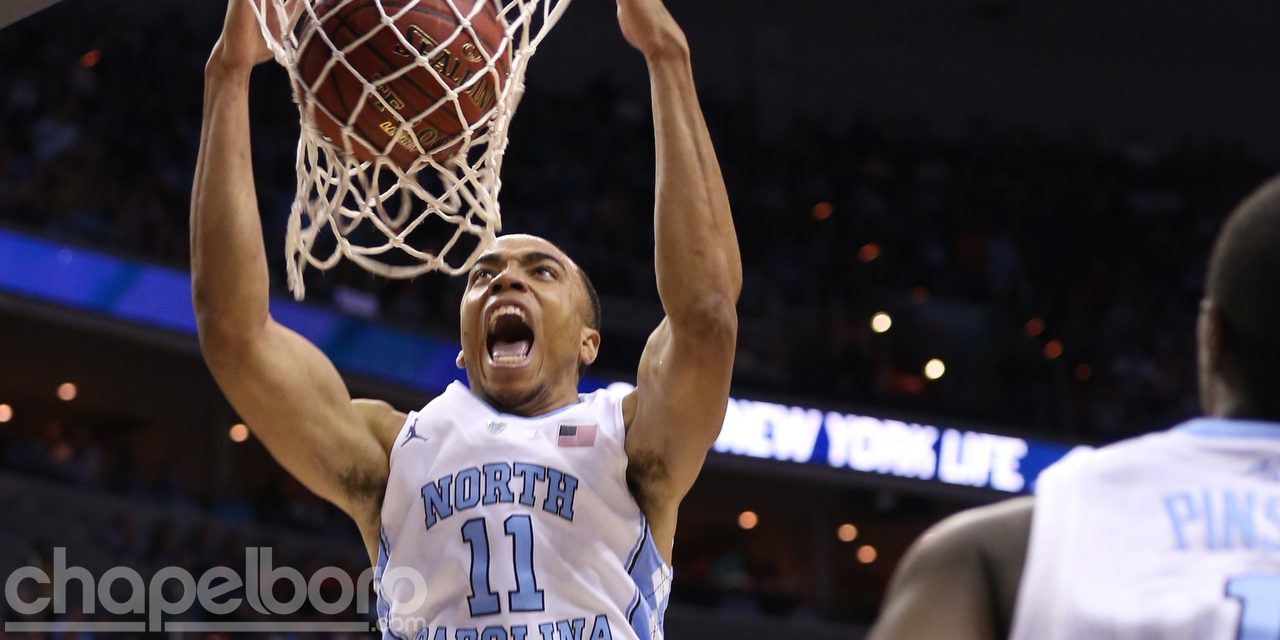 • Roy Williams is 19-10 in the ACC Tournament. This is the 10th time in 13 seasons Williams’ teams have reached the semifinals.

• Carolina is playing in the semifinals for the 48th time in 63 ACC Tournaments. The Tar Heels are 33-14 in semifinal games.

• The Tar Heel have won 17 of their last 24 games in the ACC Tournament.

• Carolina held Pitt to 44.4 percent shooting from the floor. That is the 21st consecutive game the Tar Heel defense has held the opponents to under 45 percent from the floor.

• Carolina shot 58.9 percent from the floor, its second-highest field goal percentage of the season. The highest was .593 against the Panthers in Chapel Hill on February 14th.

• This was the ninth time this season UNC has shot 50 percent or better in both halves.

• Brice Johnson had his 20th double-double of the season with 19 points and a game-high 10 rebounds and tied his career high with five blocks (also against Pitt in 2014).

• Johnson is tied for the fourth-most single-season double-doubles in UNC with 20.

• Johnson has 344 rebounds this year, tied for 11th most in UNC single-season history.

• Justin Jackson scored all 11 of his points in the second half. It was his ninth consecutive game scoring in double figures and 22nd this year.

• Marcus Paige hit two three-point field goals and has 275 in his career, a UNC record.

• Freshman guard Kenny Williams played five minutes, all in the second half, and had three points and an assist. He hit a three-pointer with 8:30 to play to give Carolina a 66-55 lead.

• The three-pointer was the first of the season for Williams (in 13 attempts).