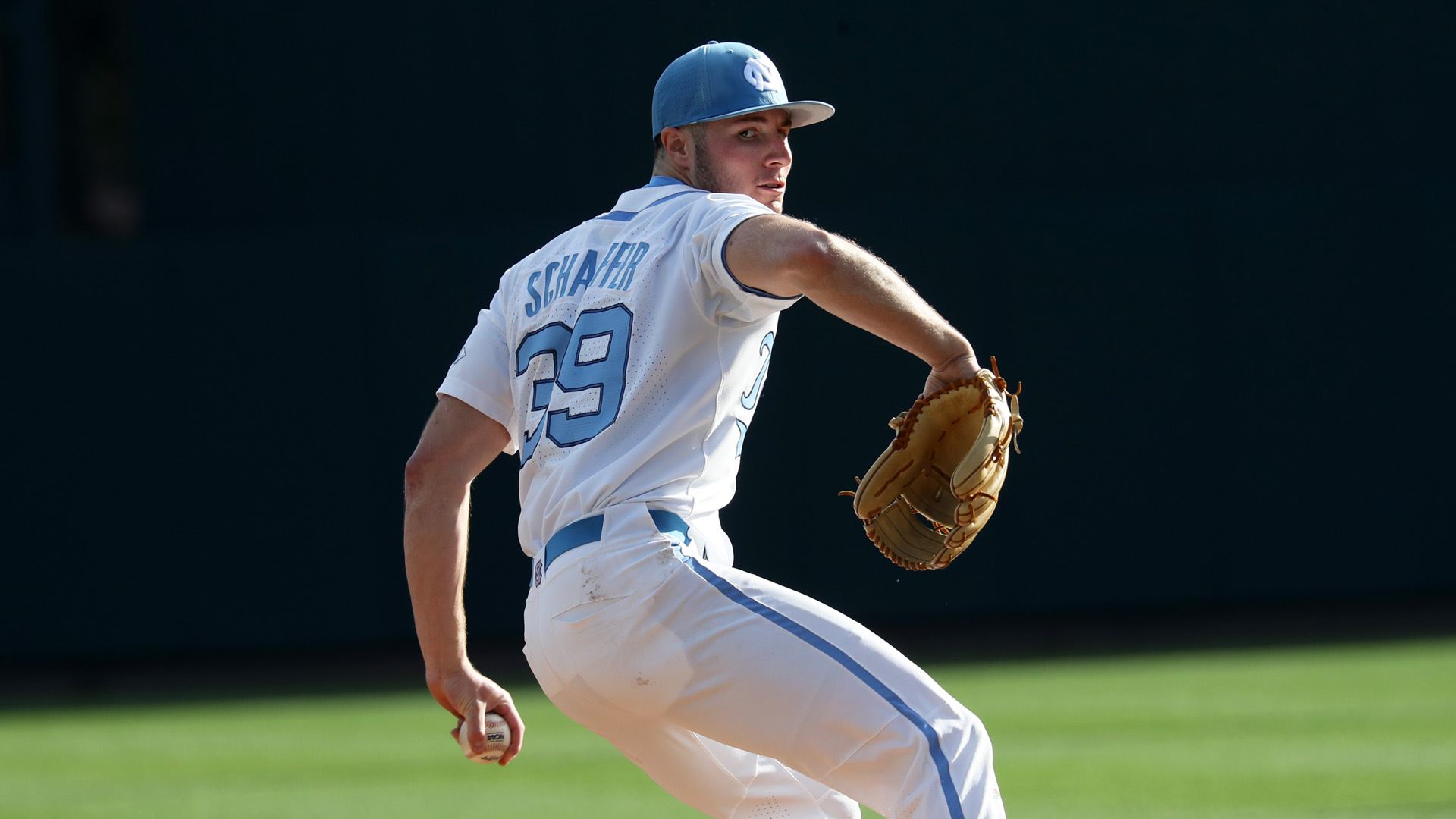 The Diamond Heels continued their strong start to the 2022 season Friday evening, earning their fifth straight victory with a 7-4 win over No. 25 East Carolina at Boshamer Stadium.

FINAL | The Tar Heels take game one over the Pirates 7-4!

We will be back tomorrow for game two against the Pirates. First pitch is set for 2 pm at Boshamer Stadium.#GoHeels x @WellsFargo pic.twitter.com/bTtl70NfpE

Vance Honeycutt got the call as the leadoff bat in the lineup after an impressive first four games, and the freshman outfielder from Salisbury, N.C. made head coach Scott Forbes’ decision pay off. Honeycutt opened the bottom of the first inning with a booming solo shot to right-center field to give Carolina an early lead.

Another blast from DH Alberto Osuna in the second inning nearly hit Ehringhaus dorm beyond the left field wall before coming down and doubling the UNC lead. Osuna added a sacrifice fly in the third, before Reece Holbrook, yet another talented freshman, drove in Tomas Frick with an RBI double. Johnny Castagnozzi advanced to third base on the play, and came in later in the inning on a wild pitch. With only three innings gone, it was 5-0 Carolina.

That advantage would be more than enough for starter Brandon Schaeffer, making his second career appearance in a Tar Heel uniform. The junior college transfer gave Carolina five strong innings of one-run ball, scattering four hits and striking out five. Gage Gillian and Kyle Mott relieved Schaeffer and combined for three innings, while sophomore Mac Horvath provided valuable insurance in the seventh with a no-doubt, two-run bomb to left field to extend the lead to 7-2.

Horvath’s blast was already the 10th of the year for Carolina, which is the program’s most through five games since the 2008 season. A team-high four of those have come off the bat of Honeycutt in his first collegiate season.

Though Mott and Shawn Rapp ran into trouble in the top of the ninth, allowing two Pirates to score and bringing the tying run to the plate, veteran Caden O’Brien came to the rescue, striking out ECU’s Alec Makarewicz to end the game.

The Diamond Heels are now 5-0 to begin 2022, with all five wins coming within the friendly confines of Boshamer Stadium. The ballpark will also host Saturday’s game with the Pirates, before the teams move to Greenville for the final game of the three-game series on Sunday.