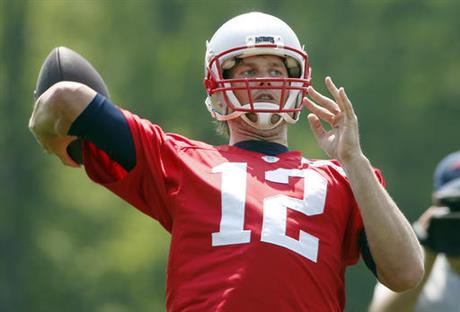 I am in my hometown for Fourth of July weekend, and there is a certain edge to everything sports related. The movie “Patriots Day” on the 2013 Boston Marathon bombings was shot here and just wrapped, and people are anxious to see how the tragedy is duplicated on the big screen and how the law enforcement, roundly criticized during the manhunt for the bombers, is depicted, especially since favorite son Mark Wahlberg plays one on the top cops.

In the games that Boston plays, the Bruins missed the playoffs for the second straight year. The Celtics, despite having more draft choices than they obviously know what to do with, can’t seem to improve on an NBA-average roster. And after a fast start, the Red Sox are sinking toward a third consecutive losing season behind putrid pitching and injuries that have weakened the once-best scoring lineup in the American League.

If you are not surprised, all hope seems to rest on the next appeal of Tom Brady’s ridiculous four-game suspension for something anyone has yet to prove he even did or knew about. This is the game outside the game, as everyone in Boston wants the glamour puss QB to take the case all the way to the Supreme Court, where he might win because Brady is a Trump supporter and Trump could be naming some justices to the highest court.

It’s good that New England is as glorious a place on the planet during the summer, and the Charles River and other gateways to the Atlantic Ocean from Boston to Cape Cod are teeming with boats of all sizes and methods of movement. A sign that the economy is still booming up here is that the boating industry is thriving.

Even as the Sox lose yet another series and fall further in the standings, and the anxiety grows over whether Jimmy Garoppolo may actually have to prove he is an NFL quarterback for four games, natives take to the beaches that stretch from Rhode Island through Massachusetts and New Hampshire and up the jagged and breathtaking coastline of Maine.

New Englanders are rabid fans but also enthusiastic outdoorsmen and women for the six months out of the year compared to when skiing is the only sport not forced indoors by the brutal winters. Unlike the more tepid climate of the Carolinas, people up here are understandably in a hurry to make good of the spring, summer and fall, in all ways for all sports.