A coroner’s report will have to explain the cause of death of a UNC student who died Thursday afternoon, but the Chapel Hill Police Department says it does not suspect foul play.

“The investigation is ongoing, however, there is nothing to indicate to the initial investigators that there was any foul play or anything suspicious,” says Public Information Lieutenant Josh Mecimore.

He says Police arrived at around 4:41 p.m. to the residence at 500 Pittsboro Street, which is where Pittsboro Street and Manning Drive split across the street from the UNC School of Public Health.

The house is listed on Trulia and Zillow as a large single-family dwelling. 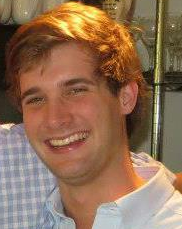 Lt. Mecimore says, when police arrived, the body of 21-year-old Harris Pharr, a biomedical engineering major, was inside the residence.

“There were no outward signs of foul play,” Lt. Mecimore says.

A lot of focus has been put on the fact that this is the second member of the Alpha-Alpha chapter of the Chi Phi fraternity who has died since October 2012.

David Shannon was a pledge with the fraternity when he died in Carrboro. He fell 40 feet at the Ready Mixed Concrete facility, and the autopsy found him to have a blood-alcohol concentration level of .22.

The question of foul play and hazing was raised, and the Carrboro police did an initial investigation. Captain Chris Atack says, at this point, the investigation into the death of Shannon is inactive. He says if the department gets any leads that would require further investigation, it would look into them. However, the case is not officially closed.