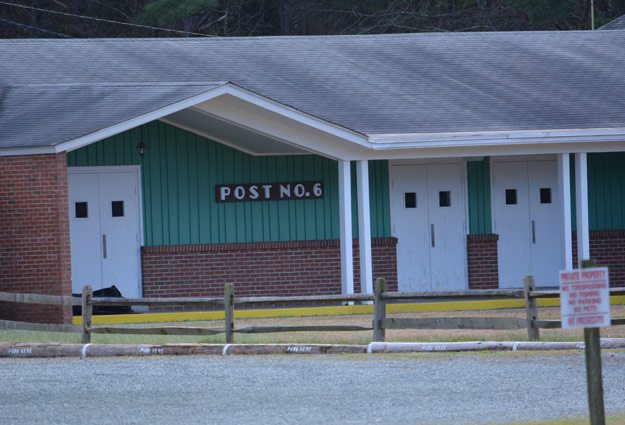 American Legion Post 6 commander William Munsee expressed his frustration with the town of Chapel Hill in a letter sent to the town manager.

Munsee said he read a report on a meeting held March 16, during which the Chapel Hill Town Council discussed the possible future of the American Legion property.

“In the report were heartfelt desires from community residents outlining the needs of the community and the town,” he said. “And after all was said and done, there was not one word that had to do with the needs of American Legion members.” After two and a half years of debate, the legion decided to sell the 36-acre property and entered into an agreement with Woodfield Acquisitions for $10 million.

Chapel Hill was given the right of first refusal and waived that right in a closed-session meeting in November.

When the decision was announced publicly, there was public outcry by neighboring residents and other community members for the town to buy the property and turn it into a park.

“I must confess I think it was a discussion that should have taken place after the town purchased the property, which it declined to do when given the opportunity,” Munsee said.

The decision to waive the right of first refusal was made just after the November election, when a new mayor and three new council members were elected, but not yet sworn in.

“When development started around us, the Legion was silent and didn’t protest any of the developments,” Munsee said. “It was the ‘right thing to do.'”

The contract between Woodfield and American Legion is contingent on the developer receiving a Special Use Permit from the town.

“Now that it is our turn to sell our land and move, we expect the same courtesies we extended to our neighbors,” Munsee said. “We do anticipate town oversite, but hope it does not turn into ‘analysis paralysis.'”

He said the American Legion needs to move as soon as they can because the current building is too old to continue serving their needs into the future and he hopes Woodfield will be in a position to submit a proposal within the next two months.