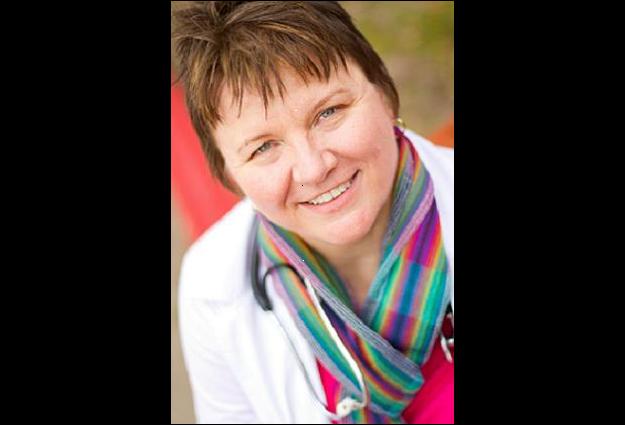 A Carrboro MD says she’s done with insurance companies. From now on, she says, her business will be conducted just between the doctor and her patients.

Dr. Cory Annis recalls that pivotal moment when she knew she needed to change her business model for practicing medicine.

“One day, it became very clear to me, in the bolt of lightning, that I no longer work for my patients, when they hand their insurance card at the front desk” said Annis. “I, for all intents and purposes, worked for the insurance company.”

Soon, she’ll strictly be working for the patients. On July 1, Annis will open Unorthodoc, a Direct Primary Care practice at 127-A Fidelity Street. It will be partitioned, in a sense, from her current Fidelity Street practice, Carrboro Pediatrics and Internal.

Annis won’t be taking insurance money, or paying overhead for employees filing insurance claims. Instead, she’s opting for an approach she likens to “community-supported agriculture.”

“I wish I could take credit for coming up with that analogy,” said Annis. “But one of my patients – when I explained to her the membership model for this primary-care practice – she said, ‘Oh, it’s like community-supported agriculture.’ And I said, ‘Yes!’”

Annis’s initial foray into that model was when she offered what she calls “concierge care” to a couple of globetrotting patients, to whom she offered scheduling flexibility and long-distance “mobile medicine.”

But much of her inspiration, she said, came from Dr. Brian Forrest, creator and CEO of Access Healthcare in Apex.

“He’s really an interesting fellow,” said Annis. “He’s actually never taken a dime of insurance money. But I remember when he started his practice. I thought, ‘Oh, what a cute kid.’” She laughed.

In the late 1990s, Forrest was working for a practice in Winston-Salem, where he identified a couple of problems with health care in the U.S.

The uninsured weren’t getting the medical help they needed. And physicians were running from room-to-room to keep pace with the demands of managed-care bureaucracy. That, said Forrest, was no way to put patients first.

“I worked and designed what we called the Direct Pay Micropractice at the time,” said Forrest. “Now, they pretty much call it Direct Primary Care. And it was the first direct-primary-care family-medicine office in the country.”

Forrest said his original intention was to create a safety net for uninsured patients.

‘And now, in 2015, about 50 percent of our patients are uninsured,” said Forrest. “But the other 50 percent of patients that come in are just people with insurance that really want a better way to get health care. They want to be able to spend time with a physician.”

The Apex office has three physicians and two full-time staff members, none of whom are occupied with insurance filings. He said he currently has about 3,300 active patients.

These days, he occasionally goes on the road to speak to audiences of physicians who want to start their own such practices. He said he’s networked with doctors in more than 20 states so far.

While Annis goes to community farming for an analogy, Forrest compares his model to a gym membership. He charges patients no more than $49 per month for his most expensive plan, plus $20 per visit for overhead.

Instead of the average 11 minutes of doctor-patient time afforded by many insurance companies, Forrest said he gets to spend up to 45 minutes with them. And he loves it.

Annis said she loves that idea, too. It’s the whole point. Now, she’s trying to convince others. So far, 50 patients have committed to trying her new business model. Annis said her system is designed to handle around 600.

She said she’s convinced that Direct Primary Care is a viable business, even when considering all the moving parts of health care.

“Most people don’t know it, but this is actually an outcropping of the Affordable Care Act,” said Annis. “In states that decided to expand their federal exchange, it actually allows insurance companies to write catastrophic policies and pair them with private contracts – with primary care physicians. And that will qualify as meeting the federal mandate.

“It opens up a huge door for those primary care physicians who want to be the direct contractor with the patient.”

Annis hastened to add that she is not a substitute for insurance. But she provides cradle-to-grave care for everyone, with the exception of women who are pregnant.

Her charge is $49 per month, with a 10 percent discount for those who pay annually. It even covers lab work and EKGs.

At most practices, she said, patients pay between $120 and $150 just for the visit, before any tests are even ordered.

“Insurance companies have shielded people – both doctors and the patients – from actually knowing how much stuff costs,” said Annis. “Unorthodoc and Direct Primary Care – the whole premise is that we’re going to get very transparent.”

Annis said that her colleagues at Carrboro Pediatrics and Internal are waiting to see how well she does with Direct Primary Care. If she succeeds, they’ll likely come on board.