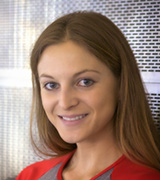 For the first time, scientists at UNC have discovered the structure of toxic clumps of a protein that have been associated with ALS, also known as Lou Gehrig’s Disease.

“There are quite a few neurodegenerative diseases that we know, such as Alzheimer’s, ALS, Huntington’s, Parkinson’s, they all feature the same aspect, which is a clump of proteins,” said study co-author Nikolay Dokholyan. “They tend to clump or aggregate inside neurons inside our brain.”

ALS is a neurodegenerative disease that causes early death as a result of loss of motor neurons, which are crucial to moving, speaking, swallowing and breathing.

Before this research was done, scientists did not know how these clumps were structured or what kind of effect they had on cells.

Research done by lead author Elizabeth Proctor, Dokholyan and a number of others, shows these clumps can be toxic to the neurons in the brain.

“Not only did we find (clumps) actually killed (neurons), we were able to figure out what those little clumps looked like,” Proctor said. “Maybe in the future we can try to target this with treatments or further experiments to try to figure out what goes on in the disease.”

Dokholyan said there are currently no drugs for any neurodegenerative diseases, but this breakthrough could be a step in that direction.

“The identification of toxic species is to me is a major breakthrough for us to search for new therapeutic ideas,” Dokholyan.

Proctor said this kind of research could have an effect on other kinds of diseases as well.

“There’s a hypothesis that similar processes underlie all of these diseases,” she said. “So if we were to make progress in trying to discover what is the molecular basis for ALS that would be not only applicable in ALS but also in diseases such as Parkinson’s or Alzheimer’s.”