Range 2A Shutting Down Permanently in Chatham County 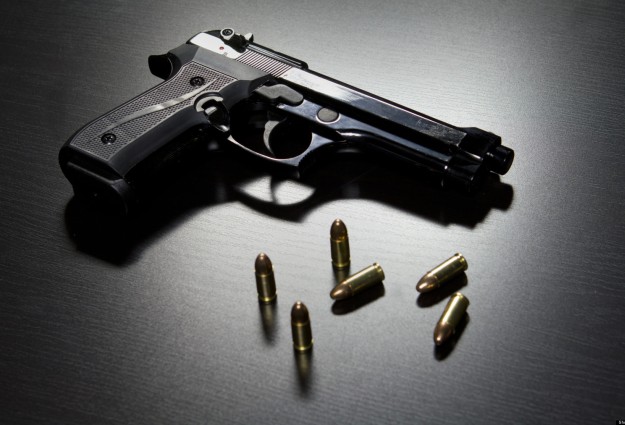 The owner of a controversial shooting range located on 71 acres in Chatham County has decided to shut it down permanently, after running afoul of environmental regulations.

Range 2A, owned by Mark Atkeson, opened in May of this year on Silk Hope Gum Springs Road, just outside of Pittsboro.

The membership-based outdoor shooting range, which offered military-style training, immediately drew complaints from next-door neighbor Siglinda Scarpa, the owner of the Goathouse Refuge cat sanctuary. She said the noise frightened her animals, and she expressed concerns about safety.

Atkeson closed the range in July after a noise test conducted by members of the Chatham County Sheriff’s Office registered just above the acceptable decibel levels.

He announced on Facebook that he planned to re-open in the fall with an expanded range. Meanwhile, a neighborhood group threatened to file suit against him, based on a claim that Range 2A is a “nuisance.”

But Atkeson’s real problems started around mid-June. The Land & Water Resources Division of the Chatham County Environmental Quality Department inspected the site, and found him in violation of the Soil Erosion and Sedimentation Control Ordinance.

Atkeson had built eight shooting bays and an access road, and dug two culverts without first submitting an approved plan for soil erosion and sedimentation, or obtaining a permit for land-disturbing activity.

He worked with engineers and submitted a plan in September, but it was rejected by the county. He was given another 30 days to submit a revised plan, but it now appears that he’s given up.

In an email sent to Atkeson on Monday, Lead Erosion Control Officer for Chatham County Rachael Thorn summarized two conversations she had with him, just prior to Thanksgiving.

Thorn wanted to confirm her understanding that Atkeson had decided not to proceed with the gun range, nor to expand the existing facility with any clearing, grading, or other site work.

According to the agreement, he will stabilize any remaining areas on the site. In the email, Thorn emphasized that the agreement would influence how she proceeds with her review. Atkeson was originally warned that he could face fines of $5,000 per day, assessed back to when the violation was discovered in June.

It’s not yet clear if Atkeson still faces any penalties.

In early October, Atkeson sent an email to Jacques Dufour, a representative of a neighborhood group opposed to Range 2A.

A petition to that effect, signed by more than 130 neighbors, was presented to Chatham County Commissioners a few months ago.

In the email, Atkeson told Dufour that he would be willing to sell the land if all 130-plus signers of the petition chipped in $2,000 each to help him relocate.

Atkeson did not respond to WCHL’s request for an interview.