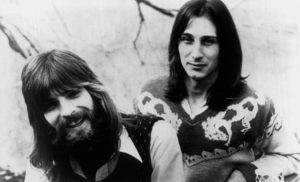 The song in my head today means a lot to me, personally. It’s a nice, sweet song from Loggins & Messina, written and sung by Kenny Loggins. He and Jim Messina made some great music in the 70’s. Both were terrific singer/songwriters, and they were a mighty big part of the soundtrack of the 70’s. Jim Messina had already experienced a tremendous amount of success, long before teaming up with Loggins. He was a member of Buffalo Springfield, and after that, Poco!

This particular song, “Danny’s Song,” is one I can remember listening to a lot about 35 years ago, when Beverly and I were expecting our son, Zac. That song had special meaning 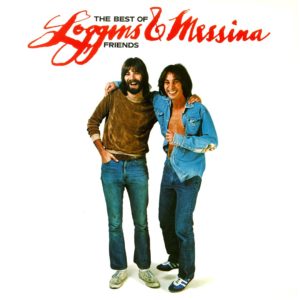 for both of us because, first of all, it’s a great song, and secondly, Kenny Loggins seemed to be speaking directly to us about what was going on in our lives at the time. “People smile and tell me I’m the lucky one and we’ve just begun. I think I’m gonna have a son. He will be like you and me as free as a dove. Conceived in love. Sun is gonna shine above. Even though we ain’t got money, I’m so in love with you honey, and everything will bring a chain of love.” There’s more, but you get the picture. We actually played that song, too, when our daughter, Cameron was on the way. It seemed appropriate then, too. So I hope you’ll understand why that song makes me more than a little emotional when I hear it. It’s funny how a song that came out way back in 1971 could have such a strong impact on us about a decade-and-a-half later. And now, Zac is 34, and Cam will be 28 in a few days. They both turned out great. Believe me when I say this song still sounds good.

Loggins & Messina recorded a half dozen albums and went on to sell close to 20 million records. Their debut album, called “Sittin’ In,” was released in 1971, and included “Danny’s Song,” and a similar tune, “Peace of Mind.” There was “Vahevala” and also “House At Pooh Corner,” plus others that were great songs. 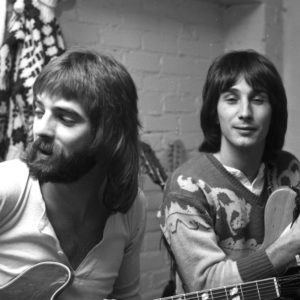 Their next album was “Full Sail,” and it included “My Music,” “A Love Song,” and another of my favorite mellow tunes, “Watching the River Run.” There was their biggest commercial hit record called “Your Mama Don’t Dance (And Your Daddy Don’t Rock and Roll)” and a whole list of other great songs, too from this very talented duo. Loggins went on to an amazing solo career with lots of popular records in the 80’s, and although Messina hasn’t had the same kind of solo success, he’s still been involved in the music business in a lot of ways. They’ve even gotten back together to perform reunion shows at least a couple of times since breaking up in ’76.

I can’t get this song out of my head today…and to tell you the truth, I don’t really want to…it’s such a nice song. It’s “Danny’s Song.” I hope you’ll enjoy this from Loggins & Messina.