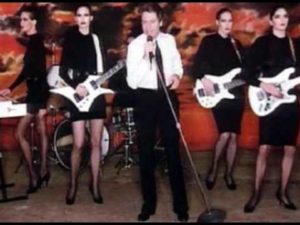 The other day, a good friend of mine posted a song on Facebook and basically said, “Everybody needs to hear this, but some people aren’t getting the message.” That’s not it word-for-word, but that was the message he was trying to convey. So I listened to the song and since then it’s been bouncing around in my head. I’ve always liked this song a lot…and I’ve always been a big fan of Robert Palmer! And my friend was right. Everyone should hear this tune and listen to all the words. 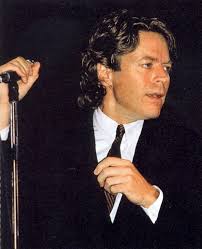 Robert Palmer was an English singer, songwriter, and record producer who was a part of the music scene from the mid 60’s on up to about 15 years ago, when he died of a heart attack at the young age of 54. He’s best known for some mighty big hit records in the 80’s, and for a couple of videos that seemed to show up all the time on MTV. Remember “Addicted to Love?” How about “Simply Irresistable?” That was Robert Palmer. And in the video for “Addicted to Love” had Palmer out front in his customary black suit, white shirt and tie, and behind him were all these attractive young women in bright, red lipstick, and short, black dresses…pretending to play instruments in the band. That video got a lot of attention, and so did the next one for “Simply Irresistable.” Very similar, except this time, the women were wearing hot pink dresses. In a way, it’s a shame these videos garnered so much publicity, because they took away from the fact that Robert Palmer was a very talented singer. And the guy could really rock! He went on to front a band called The Power Station, which was also successful. You might remember a tune called “Some Like It Hot.” 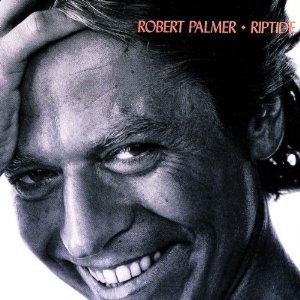 From his solo career, I remember “Sneakin’ Sally Through the Alley,” “Bad Case of Loving You,” and “I Didn’t Mean to Turn You On.” Others, too. But the one I’m pulling out today is “Every Kinda People.” It came out in 1978, it was really his first hit, and it was years before most of his mainstream success. “Every Kinda People” carries a message of peace, understanding, and brotherhood. Inclusion. It takes literally every kind of people to make up the world, and we all should get along, and appreciate one another, no matter what our color, religion, ethnicity, or whatever. That’s a message that is sorely needed today…plus it’s great song. I’m not much of a dancer, but as they used to say decades ago on “American Bandstand” with Dick Clark: “It’s got a great beat and it’s easy to dance to!”