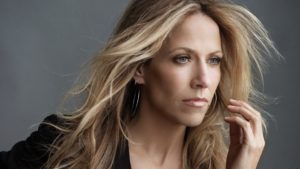 Sometime over the past weekend, I heard Sheryl Crow music playing in the background. I don’t remember where I heard it, but the song has been stuck in my brain—off and on—since then. I like Sheryl Crow a lot and I think she’s very underrated as a singer and a songwriter. She’s come a long way since her days as an elementary school teacher with nights spent playing in local coffee houses. She event spent some time as a backup singer for the late Michael Jackson. She’s one of the most high-profile artists out there, not only recording songs, but on stage at concerts all over the country. She fronts a rockin’ band, and she also finds time to show up and perform with other music stars, such as Stevie Nicks, Willie Nelson, the Rolling Stones, Prince, the Dixie Chicks, Smokey Robinson, James Taylor,Bonnie Raitt and even Kid Rock.In particular, she does her best to support talented young female artists, such as Brandi Carlile, and lately, The Highwomen. She’s just recorded what she says will be her final album. I really hope that’s not true. 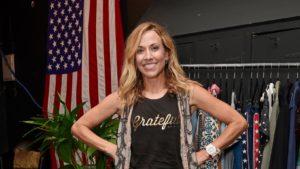 Sheryl Crow has had a lot of big hit records. The one I’m playing today was #10 in the USA, #9 in the UK, and #1 in Canada. It’s off her second, self-titled album from 1996. Maybe I’ll get it stuck in your head, too! (And by the way, I have no idea why there are elephants and rhinos in this video!) This is “If It Makes You Happy (It Can’t Be That Bad.)”