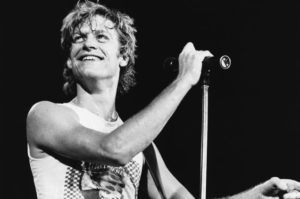 Bryan Adams is a Canadian singer/songwriter. He had a lot of musical success, particularly in the 80’s and 90’s, and his fans also know that he’s a record producer, and a photographer. Over the years, he’s also been a philanthropist, and in some cases, an activist for various social causes. A good guy, as far as I know, and he also happens to be in the Canadian Music Hall of Fame.

Not to be confused with RYAN ADAMS, the American singer/songwriter, who’s famous for his music but also for having been married to Mandy Moore, BRIAN Adams, these days, is mostly known for a string of rather mellow hit records, like “Everything I Do, I Do For You,” and “Have You Ever Really Loved A Woman,” he also did a tune called “Cuts Like A Knife” and several other rockers. The one I like, though, is “Summer of ’69,” and that song was playing in my head, over and over, earlier today 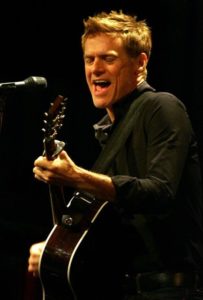 The first time I ever heard it, back in the mid-80’s, I thought it had to be autobiographical, and it still may be (except for the title) but Brian Adams was only 9 years old in the summertime of 1969, which means he took some chronological liberties with the lyrics. The songs about hanging out with your high school friends, being in a band and playing music, and the usual girlfriend stuff. Oh, and the band breaks up, for various reasons, just like most of them do. That happened to me when I was in high school and it probably did to you, too. “Jimmy quit. Bobby got married. I should’ve known we’d never get far.”

It’s a good rockin’ tune, and it’s taken up permanent residence in my mind today. That’s why I’m sharing it with you! Here’s Bryan Adams with *THE MUSIC IN MY HEAD!*