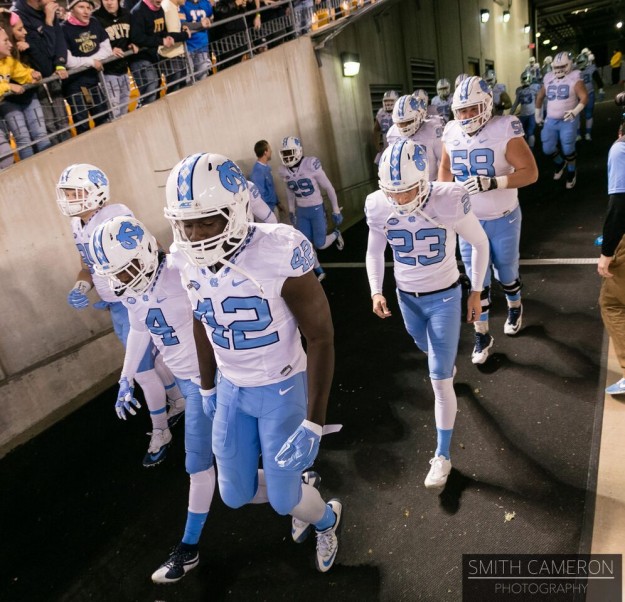 Have you seen the undefeated Citadel’s schedule?

Carolina didn’t do itself any favors by scheduling a second Football Championship Subdivision (FCS) opponent this season in The Citadel, Saturday’s foe in Kenan Stadium. In the Tar Heels’ home opener back in September, they pulled away from James Madison and were 2-1 going into big-time ACC play.

Another FCS opponent would not have helped UNC’s chances in the College Football Playoff chase, even if the Heels had defeated Georgia in the opener, played better and beat Virginia Tech on October 8 and did not go impotent in the second half at Duke last Thursday night. That’s what facing two opponents that give out 63 scholarships (compared to 85 for FBS schools) and play what amounts to a small college schedule will do for your chances.

Carolina could really embarrass itself by losing to the Bulldogs in Kenan Saturday. Sure, The Citadel defeated South Carolina last year, but that was after the Gamecocks had completely tanked, coach Steve Spurrier had quit and they were on their way to a 3-8 record. Saying UNC lost to South Carolina, and The Citadel is undefeated this fall, has no rationale for an upset.

Here are the Bulldogs’ opponents in going 10-0 so far in 2016: they defeated Mercer 24-23, Furman 19-14, Gardner Webb 31-24 and Western Carolina 37-14, hardly dominating wins over teams that do not have winning records this season. They went on to beat North Greenville, Chattanooga and Wofford in overtime, blasted East Tennessee State, edged Samford in OT and last week outlasted VMI.

Seriously, that schedule does not include a single FBS school and only two wins by more than 14 points. If the Tar Heels were in contention for anything determined by a poll, playing The Citadel would have killed them like playing North Carolina A&T and Delaware likely would have kept them out of the College Football Playoff last year even if they had beaten Clemson for the ACC title.

Are they still hung over from losing at Duke? If they don’t beat the unbeaten Bulldogs by 50 points, the answer is yes.