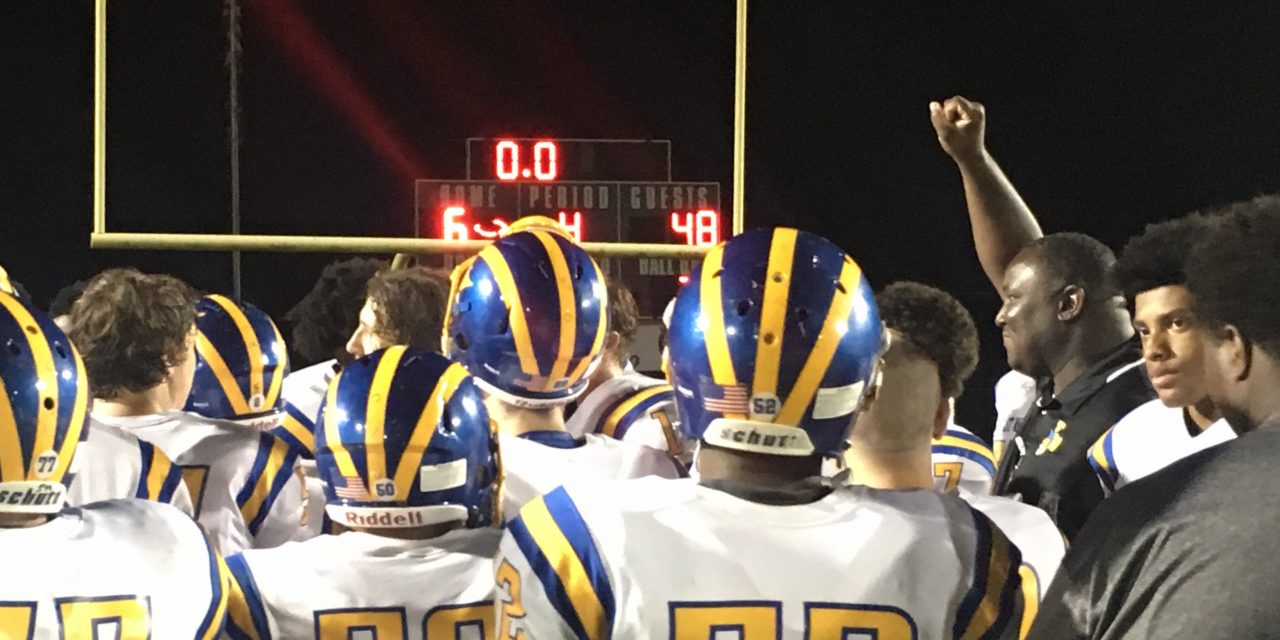 The East Wake Warriors brought a deceiving 0 – 5 record into Carrboro on Friday night and turned in a near flawless performance leaving little doubt of their explosive potential handing the Jaguars a tough 48 – 6 loss.  Jaguars second year head coach Ken Lathan, who’s motto is “you either win or you learn” team played hard until the last snap even scoring their lone touchdown as the clock ticked away the final seconds of the game.

The Warriors took us back in time with their well oiled double wing offense.  Consistent and beautifully executed misdirection plays rotating 5 running backs throughout the game sliced through the Jaguar defense putting up 41 points the first half.  As well as their offense executed, their defense was equally as impressive making one perfectly timed play after another on what would have been big pass plays thrown by Jaguar quarterback T.K. Paissant.

As lopsided as the score appeared the game was not without consistent excitement on both sides of the ball.  The attitude and effort of the Jaguars deserves to be admired as not one ounce of effort differed from the first play of the game to the last regardless of the score.  The Jaguars came out swinging in the second half marching the ball up and down the field.  The first drive of the second half went 63 yards and stalled on the Warrior 2 when a quarterback keeper from Paissant fell just short.  Freshman Jaguar standout Jamil Elbahlawan was outstanding in the loss making constant plays on both sides of the ball.  The Jaguars began to move the ball late in the 4th quarter when they employed a “wildcat type formation” with #3 Chandler Alston taking the snaps at quarterback.  Alston rushed for over 40 yards on 4 different plays using an option type format with #22 Tailback Dan Blobe.  The Jaguars ended the game with a six yard touchdown run by Alston leaving the game on high note.

The Jaguars head to Reidsville on October 2nd to take on the Rams on the first Midstate 2A Conference game of the year.  The potent East Wake Warriors after a bye next week head to Clayton, N.C. to take on the Cleveland Rams to open up their conference slate.

Next week the 97.9 The Hill broadcast crew head to Southern Durham for Big 8 3A Conference Showdown between the Southern Durham Spartans and the Orange Panthers.  The pre-game show begins at 6:45.

Our halftime guest this evening was Carrboro Mayor Lydia Lavelle.  As always a great time was had by all. 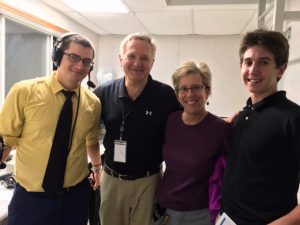 Listen to the broadcast in entirety by clicking on picture below:

See all of Casey’s pictures by clicking the picture below: