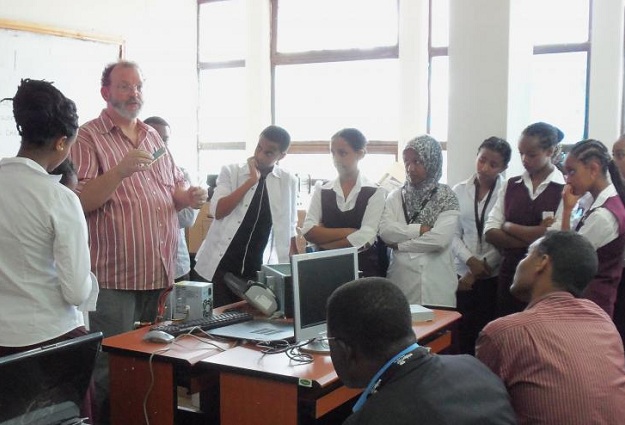 Students and volunteers of the WiderNet project at UNC are trying to increase access to the “Internet-in-a-Box” hard drives that have helped millions living in developing nations.

Soon, it will be available as a thumbnail-sized “pocket library.” 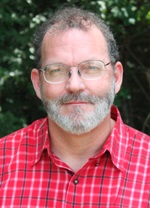 Cliff Missen is a professor at the School of Information and Library Science at UNC.

He’s also the director of WiderNet, a 501(c)(3) dedicated to serving 5 billion people without internet access around the world.

“So we do lots of training programs around the world,” said Missen. “But, most importantly, we put out a digital library, which is an internet in a box – thousands of websites on a hard drive – that is now in almost a thousand locations around the world.”

According to Missen, those locations may be wired up in networks of 50 to 100 computers. But for those populations in places such as Nigeria, Afghanistan and a Swahili settlement off the coast of Kenya, the internet is unaffordable, and unattainable.

So, by hooking up the internet-in-a-box, everyone on a small community network is able to share it. According to Missen, about 3 million people are benefitting from the WiderNet installations.

“It’s about 2,700 websites, including the entire Wikipedia and all the Khan Academy videos,” said Missen.

WiderNet installations are being used to train physicians, nurses, engineers, and others in secondary schools around the world. Each hard drive, said Missen, contains 32 million documents.

In its next phase, the WiderNet campaign is set to grow – by shrinking. Over the next three years, specialized collections will be designed to fit on thumbnail-sized chips ranging from eight to 64 gigabytes. The chips could be installed in smartphones, laptops and tablets.

The money to make that happen will be raised through an Indiegogo campaign. If you’d like to help, you can find more information at widernet.org.

Missen spoke about what makes it all worthwhile for him.

“I have the joy of going out and doing training out in the field,” said Missen, “and watching people just… their minds are blown. They’ve never seen a picture of the universe, or read about ancient Greek history, or any of that. And they’re getting exposed to it for the first time.

“So it’s always a delight to watch people, literally, get drunk on information.”